Frequent Swellesley tipster LR pointed us to a recent NY Times Book Review essay (“Found Fiction”) by Sarah Manguso about her fond memories as a kid scavenging books at a dump/recycling center that bears a striking resemblance to our own Wellesley Recycling & Disposal Facility. As it turns out, that’s because they’re one and the same.

The essayist and poet writes in part:

I grew up in a Massachusetts town in which the recycling and disposal facility was a paragon of Yankee thrift and was restricted to members, like a country club. 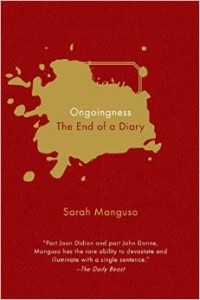 Indeed, Manguso, who was born in 1974, grew up in Wellesley and even references the Cotillion in her book The Two Kinds of Decay. Her new book, from which she read recently at the Harvard Book Store, is called Ongoingness: The End of a Diary. Manguso now lives in LA.