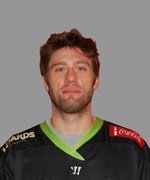 Mike Stone, a 2005 Wellesley High School graduate and lacrosse star who went on to study and play at Middlebury College, earlier this month scored the championship game-winning goal for the New York Lizards of the Major League Lacrosse league.

The midfielder had been traded to New York earlier this season from the Boston Cannons, which won the championship in 2011 when Stone was on the team.

Close to 9,000 people were in attendance on Aug. 8 at the MLL Championship game in Kennesaw, Ga., where the top-seeded Lizards took on the Rochester Rattlers. The Lizards took their first lead of the game, 13-12, on a goal by Stone with just over 11 minutes left. Stone spoke with Hometown Weekly here, after the game.

While Stone is years removed now from his Wellesley High and and Raiders lacrosse days, he hasn’t forgotten his roots. He changed his uniform number from 41 to 16 mid-season as a tribute to Connor Darcey, the Wellesley High and Penn State lacrosse player who died in a car crash in Boston in June.