Here’s a roundup of Halloween-related activities in Wellesley (and at the bottom of this post, beyond). Feel free to email us at theswellesleyreport@gmail.com with additional items for consideration. 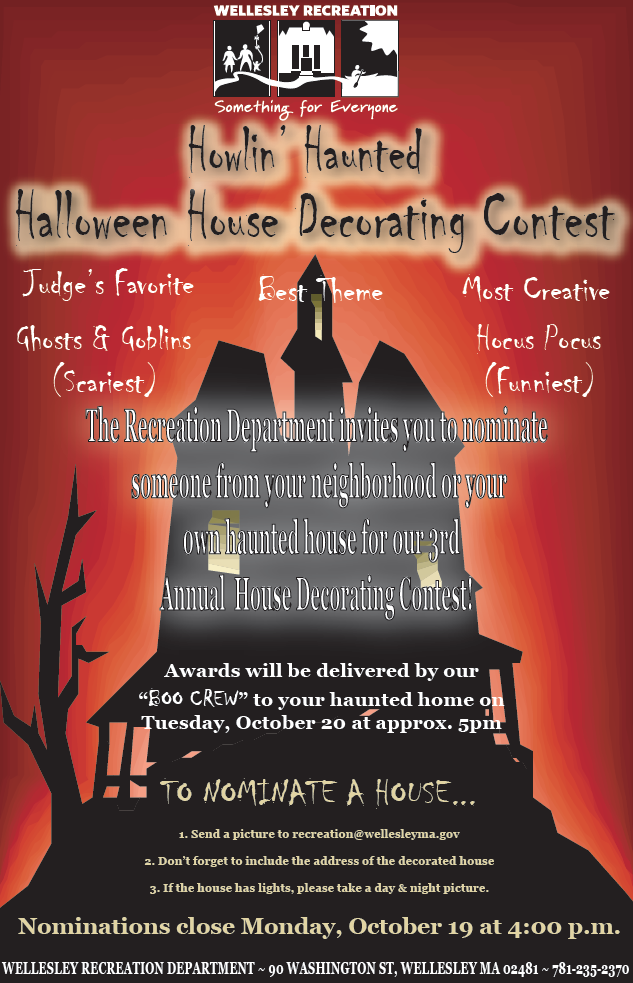 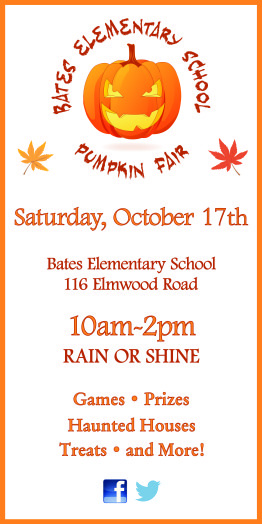 Pumpkins are expected to arrive on Friday, Oct. 16, with sales starting this weekend and running through Halloween.

Drop in to the Children’s Room for spooktacular crafts, stories and snacks for our Halloween Happening on Friday, October 30, 2015, from 3:00-4:00 pm. Come dressed in your costume and be prepared to have a frighteningly good time! We’ll have craft tables, coloring sheets and a spooky storytime. This program is ideal for kids in Preschool – Grade 2. 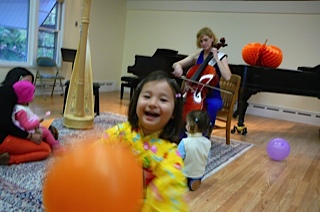 The Dana Hall School of Music will hold its fifth annual Halloween Open House with Musical Trick-or-Treating on Saturday, October 31st from 2-4 p.m. The event is free and open to the public.

Families and children of all ages are invited to come in costume. The Halloween Open House features musical trick-or-treating. Behind every door, families will find a different instrument to explore from piano to violin to harp and even an Erhu. There will also be guided instrument jams with Miss Becky for children ages 2 – 7. And of course, candy too! Children are also invited to participate in a musical scavenger hunt. Every family receives a card with a list of instruments that can be found throughout the music school. For every instrument found, the child receives a sticker. Completed cards can be returned for a goody bag and to be entered in a special music raffle.

This event is so popular that R.S.V.P’s are requested although not necessary.

Wellesley Recreation & Wellesley Hills Merchants’ Halloween Trick or Treat Parade, Oct. 31, starts at 11am at 358 Washington St. and ends at Clock Tower Park. Games will be played at the park between 11:30am-12:30pm. Ages 0-8, wear a costume so you can trick or treat at the local businesses along the way.

Have you ever wondered who lies beneath the earth in the old burying ground behind the Village Church in Wellesley Square? Join us as we walk through the cemetery on Halloween! This family-friendly tour will feature several notable Wellesley residents who are buried in the cemetery; participants will learn what they did in life and how they may have impacted the community. The tour, given by Wellesley Historical Society Executive Director Erica Dumont, will also touch on historical burying practices and grave markings.

The younger audience can participate in the Historical Headstone Hunt throughout the tour, a scavenger hunt based on grave markings and names!

This tour is free and open to the public. For more information, call (781) 235-6690 or email director@wellesleyhistoricalsociety.org. 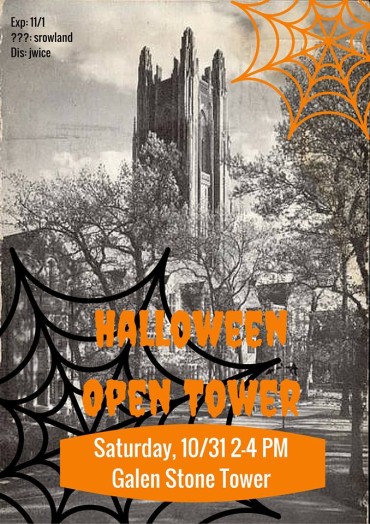 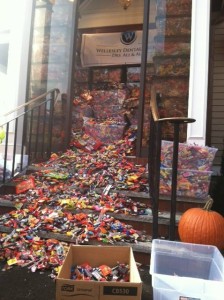 All Metro-West Schools are invited to join the 8th Annual Wellesley Community Candy Drive to benefit the U.S. ​troops serving overseas. From Nov.1-5, the Wellesley Dental Group will be collecting candy, as well as handwritten notes and cards, to be sent to American servicemen via non-profit organization CarePacks, along with oral hygiene supplies.

The Wellesley Dental Group will be awarding a grand prize of $1,000 to the school PTO that donates the most candy​​​. The winning school will be selected based on the amount of candy donated divided by the number of students in the school, to ensure fair competition. The drive is open to any school or institute that is interested in participating in this cause.

The Wellesley Dental Group also invites schools and organizations to be a part of its ​press ​e​vent on Nov. 5 at 10am at its office in Wellesley.

To schedule a candy drop-off, please call 781-237-9071 or email ​candydrive@wellesleydentalgroup.com.

Every year around this time, as things get spooky and Halloween approaches, I have a history of vowing that this is the year I will go to the Jack-O-Lantern Spectacular at the Roger Williams Zoo in Providence, Rhode Island. Finally, this year I made it happen. And yes, the jack-o-lanterns were real, and yes, they were spectacular (to borrow from a Seinfeld episode).

Before heading out, we checked the Yelp reviews, which warned us about parking issues and crowds. A couple of sourpusses groused that they sped through in 15 minutes and didn’t see what all the fuss was about. Here’s what we have to say about those charges.

Parking challenges: True, if you’re the type that needs a primo space. We parked a bit farther out than your average event-goer might care to and walked 7-10 minutes, because we are that sturdy.

Crowds: They were there. It wasn’t the crowd of people that bothered us, actually. It was the gauntlet of vendors you have to pass through before you get to the pumpkins. Hot cider, they’re hawking it. Glow necklaces, they can be yours. Carmel popcorn, t-shirts, fried dough, and I don’t know what-all, they had it. Ignore them and move along.

Speeding through in 15 minutes: Only if you are chasing a track-star of a four-year-old. Or if you’re a curmudgeon who was forced into this by the last cheerful person in your life who will still tolerate you, and you’re still on your worst behavior. Or if you work there and you’re in section one and you’re needed in section eight, stat. Otherwise, absolutely not. You’ll be too mesmerized by the sheer spectacle of it all to rush through.

Try to imagine over 5,000 carved pumpkins, all illuminated, all arrayed along the wetlands walking area of the zoo. About 4,900 of the jack-o-lanterns are there for sheer volume and drama. About 100 of them are actual works of art. King Kong, Charlie Chaplin, and The Beatles were represented. Michelangelo’s David was there, too, and he was a big hit with the ladies. Employing a bit of pumpkin-carver’s artistic license in an effort to keep things family-friendly, David himself was depicted holding a pumpkin, strategically placed.

We saw Wizard of Oz pumpkins, Disney princess pumpkins, fairy tales and nursery rhymes, Legoland, and Man’s best friend pumpkins. Look up.  There are even pumpkins in the trees in the show’s dazzling grand finale, the Laughing Tree. Don’t worry, there are scary pumpkins, too. Frankenstein’s monster was looking like his Gothic, misunderstood self, and the Headless Horseman cut quite a figure.

It’s almost a crime that all this artistry is but a temporary installation by nature of its medium. But rest assured that when you go, the display will look its best. Pumpkins are never allowed to fester and rot. Weekly, before even a hint of pumpkin collapse shows, new pumpkins are added and old ones taken away and fed to the animals, so the display looks fresh for its entire 4-week run. – Deborah Brown

Here’s a family-friendly place we went for dinner beforehand, about a mile away from the zoo:

The Brass Monkey describes itself as a neighborhood restaurant and bar, and that pretty much covers it. The staff was friendly when we walked in, and the hostess brought us to a table right away. There were a couple of other families there, an after-work contingent, and some hipsters.

We started out with the Nachos ($10), a massive pile of nacho chips covered with cheesy deliciousness, jalapeños, salsa, and red onions. We also ordered chicken wings (ten for $8), and our experienced wings-eater described them as having a kick, but not of the thermonuclear sort.

The steak and cheese ($11) came with a full 8 ounces of shaved, medium-rare steak and plenty of cheese on a roll, and the burger and fries ($10) were also generously portioned. Our party who ordered the burger asked for it medium, but it came rather raw in the middle.

The Sauteed Shrimp ($11) was the star of the meal, exceeding expectations, by far. Tucked away on the appetizer menu, but definitely plenty filling enough as a meal, it was made up of about a dozen medium shrimp in a spicy tomato broth, served with a generous helping of garlic bread for dipping. Seriously delicious.

Brass Monkey hasn’t forgotten the classics. There are plenty of burgers and pizzas on the menu, as well as interesting-looking options such as Narragansett Beer Battered Cod Bites and their Cuban sandwich, made up of  Genoa salami, smoked ham, Mojo marinated slow cooked pork shoulder, Swiss cheese, pickles and dijon mayo on a French roll

About a mile away from Roger Williams Zoo, Brass Monkey is the perfect place to stop right before you go to the Jack-O-Lantern Spectacular. – Deborah Brown