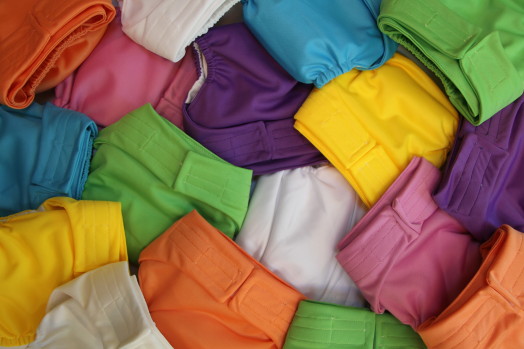 Being in the diaper business can be a dirty job, but Wellesley High School Senior Sierra Levanto wants to do it.

With her 9-month-old business called PandaBaby, this budding entrepreneur is on a mission to sell moms and dads on using a brand new sort of cloth diaper that she hopes will help address “the mind-blowing waste of disposable diapers.” She pledges that her colorful baby essentials will be efficient to use (machine washable and comfortable to wear) and relatively easy on the wallet (4 sizes, 3 themes, $35-$40 in packs of 6).

“So, yes, the last thing new parents need is extra laundry,” Levanto says. “But what their kids need and their kids’ kids need is for us to be more aware and impactful towards our dent in our planet.”

The 17-year-old has been buying and selling diapers to date in small quantities, but now has lined up a manufacturing partner to crank up production. First, however, she needs to get her startup funded, and today she has launched a PandaBaby Kickstarter crowdfunding campaign (see embedded video below) through which she is attempting to raise $46K over a stretch of 30 days. As with other Kickstarter campaigns, investors receive rewards depending on how much they put in.

So, why in the world is this teenager, whose other interests include golfing for Wellesley High’s varsity team, diving into the diaper game?

Levanto describes herself as “a business devotee” and has taken inspiration from both of her parents, who are commercial real estate brokers. She cites her dad’s decision to break off from the corporate structure after 33 years and form his own firm as particularly motivating.

Not only has Levanto worked numerous jobs, from babysitting (where she became aware of the disposable diaper conundrum) to camp counseling to sales for a local massage outfit, but she has gobbled up any business classes available to her. At Wellesley High she has taken Business & Entrepreneurship, Advertising & Marketing, and Retail, among others. “Wellesley’s business offerings are exceptional…I do not think I would have discovered my passion for business until much later on, maybe in college, if it wasn’t for these classes,” she says.

Levanto was nominated for the Harvard Summer Business Academy, which she took part in this past summer, and won the Most Innovative Pitch award.

As for PandaBaby and where Levanto’s sole proprietorship got its name, she says that’s probably the least interesting part of this story, though explains it is the product of extensive research she conducted and involves associations with conservation/environmentalism. And there I was thinking maybe she had lined up new National Zoo panda baby Bei Bei as an early client…