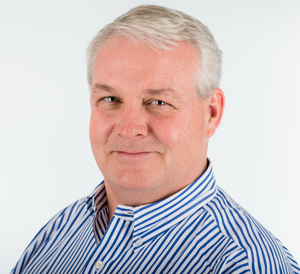 The Baker administration has announced that Wellesley resident, Wall Street veteran, and former state treasurer candidate Mike Heffernan has been appointed as the state’s new commissioner of revenue, as reported by the Boston Business Journal.

The BBJ reports that Heffernan “…replaces Mark Nunnelly, a former Bain & Co. executive who served as the state’s top tax officials for all of 12 monthsbefore agreeing earlier this month to become the commonwealth’s top technology adviser.

State officials said Kevin Brown, who serves as the Department of Revenue’s general counsel, will temporarily replace Nunnelly as the division’s acting commissioner beginning April 4. Heffernan will formally take over as DOR’s top official May 2.

Since last year, Heffernan, a Wellesley resident, has served as a board member for the MBTA Retirement Board and Pension Reserves Investment Management Board, appointments that were made by Massachusetts Gov. Charlie Baker. Prior to his unsuccessful run for state treasurer in 2014, Heffernan was a technology entrepreneur and before that was a regional sales chief for CitiGroup’s institutional equities desk.

Baker said Heffernan’s financial background proved a key reason for his appointment this week. Added Kristen Lepore, the state’s secretary for the Executive Office for Administration and Finance: “Mike’s extensive finance experience and entrepreneurial background will be critical to leading an agency with crucial responsibilities to the commonwealth and the customers who pay taxes here.”

As DOR commissioner, Heffernan’s primary responsibilities will include enforcement of the commonwealth’s tax, child support and municipal finance laws.”

Here at Swellesley, we wonder if this means that Mike will get to build on his TV career and make more commercials like this one. Spoiler alert: his wife, Peggy, seriously steals the show.

Heffernan one of Wellesley sages to advise governor Charlie Baker