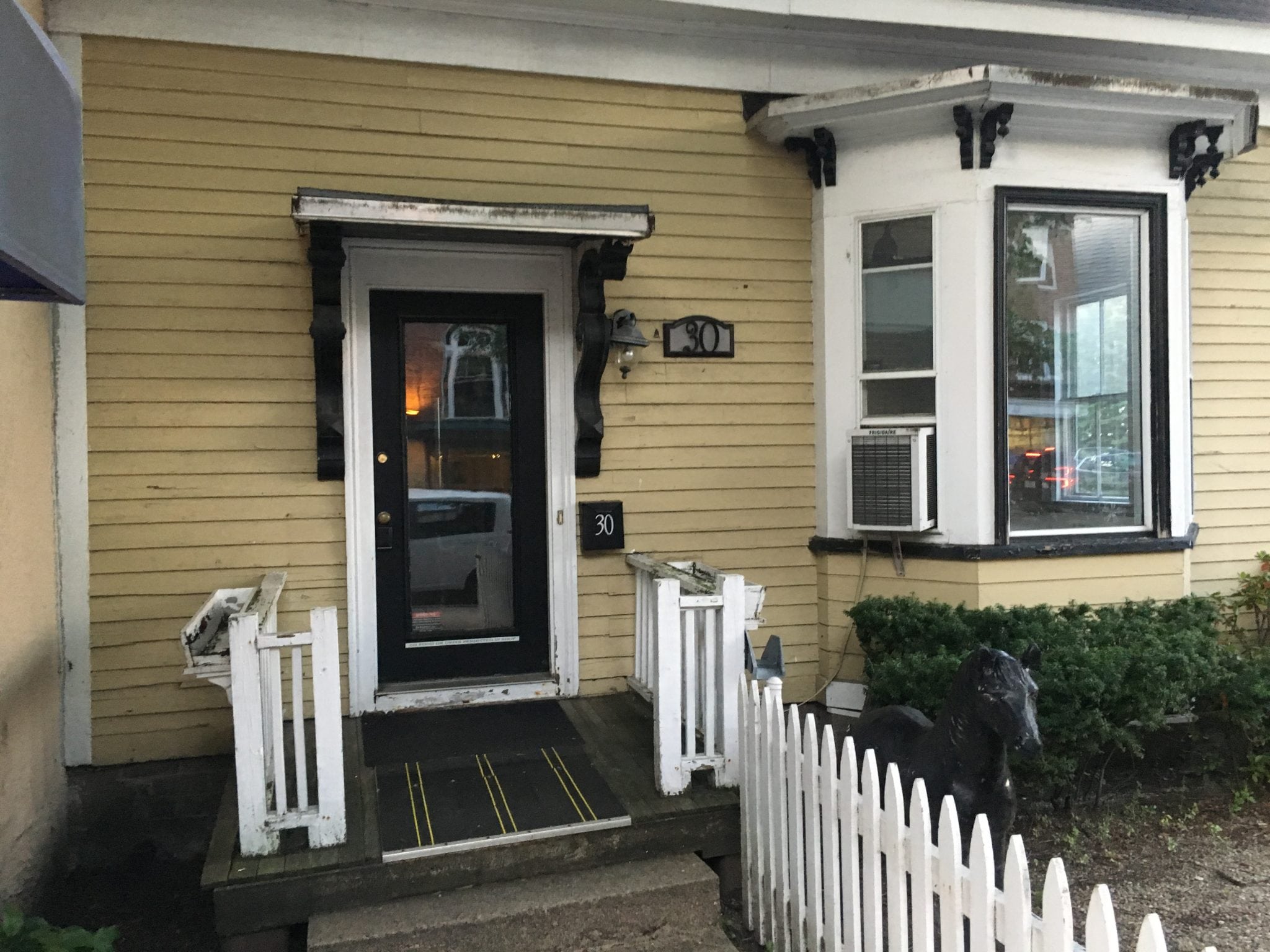 KeynectUp, a Wellesley company that provides colleges and other organizations with an easy way to share contact and other important information with members of their communities, plans to move into the space at 30 Grove St. where the Turnabout Shoppe resided for 25 years.  And yes, the black horse in front is staying…

“It’ll be our mascot,” says Kevin McDonald, a Wellesley resident and co-founder of KeynectUp, a company we wrote about last year because its technology was being used by the Wellesley Police Department to support Boston Marathon safety.

KeynectUp, which plans to move from its current location at 568 Washington St. in September or October, has been growing fast, doubling its sales staff and expanding beyond just a handful of school customers — including Babson and Wellesley College — to more than 70 now.  It also serves non-school clients.

The technology, which is not an app, allows organizations such as schools to deliver key contact information, such as campus police and suicide hotline numbers, onto mobile devices. Some schools use KeynectUp’s virtual contact card technology to help them and families stay in touch wth students studying abroad, including when threatening situations arise.

While the company doesn’t market its technology to consumers, you can test it on KeynectUp’s website. And McDonald says KeynectUp will provide signage in front of its new home that will invite passersby to give the technology a try, just so they have an idea of what the heck this business does.

McDonald figures 10 to 12 people could occupy its new office, which is being spiffed up. The inside is being painted, the front porch is being renovated and a new fence is being installed.  “We hope this will revitalize that corner a bit,” he says.

Wellesley makes sense as a home for the business since McDonald and another of KeynectUp’s founders live here, and other employees find taking the commuter rail into Wellesley to be convenient.  McDonald also says KeynectUp is a tester of Wellesley’s 1 gigabit Internet service, which is an attractive reason to do business here.

One new challenge for KeynectUp’s employees, who now work above Tutto Italiano and its tempting foods, is that they will be located across from Truly Yogurt, which McDonald says he already frequents.

Look for KeynectUp to have a formal opening ceremony in the months to come.

MORE: Here’s what that huge SOLD sign on Wellesley Square’s Stuart Swan building is all about