A home builder called Coastal Construction Group on Monday put up its sign in front of a previously undeveloped 7-acre hay field across from Hunnewell Farm on Rte. 16 in Wellesley that is now the site of construction vehicles and huge mounds of dirt. So while a big new house will rise here, this is no Wellesley teardown (except for portions of a stone wall along Rte. 16). 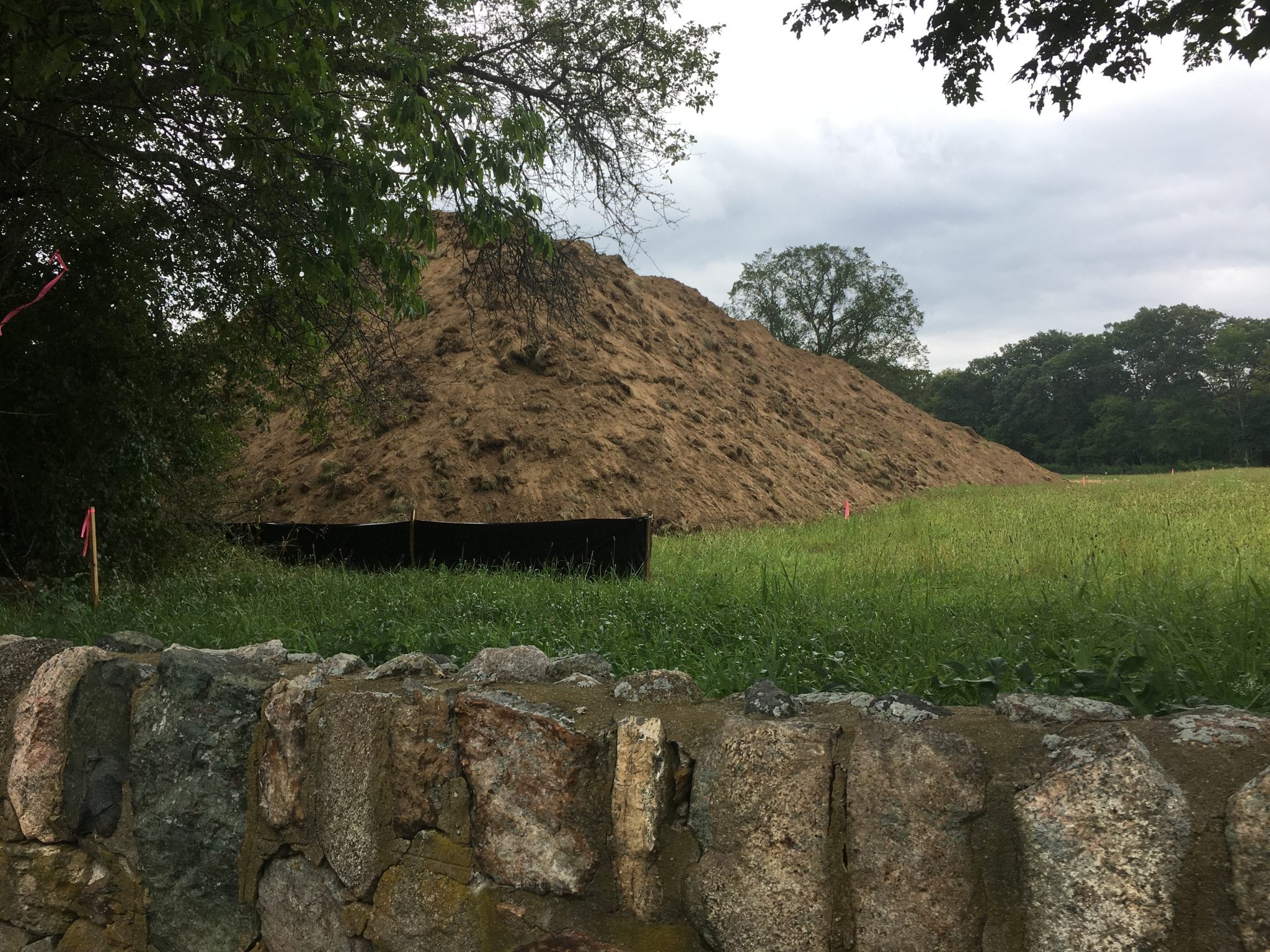 You can check out a few more details from the opening hearing about the project at the Wetlands Protection Committee meeting in October, 2016.

The Canada Geese and deer that frequent this property in between the Charles River and Rte. 16 might not be thrilled, but whoever winds up in the home being built at 892 Washington St. will likely be happy, as both a pool and tennis court are being installed. And maybe a barn, too.