The MBTA says it has been looking closely at the Wellesley commuter rail stations, and the train system as a whole, to address accessibility barriers and map out a vision for prioritizing what steps it needs to take. 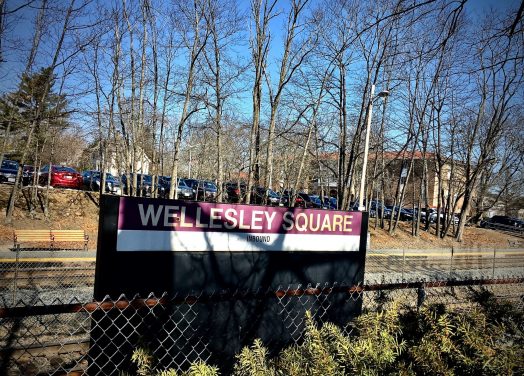 One strong possibility for the Wellesley Square station at least is if a redevelopment of the Tailby and Railroad parking lots sandwiching the station really does take place, then accessibility accommodations would be a part of the deal. Investment by Natick in a conceptual design plan has put its downtown commuter rail station on a fast tracker for improvements by the MBTA.

Spokesman Joe Pesaturo says the MBTA’s Plan for Accessible Transit Infrastructure (PATI) is still in the early stages, but outlined the following efforts that could affect accessibility at Wellesley stations and beyond (Note: We bolded key items below):

The MBTA did not share any specifics about the Hills and Farms stations.