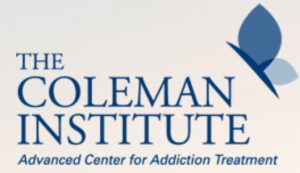 BayMark Health Services is readying a detox and treatment center in Wellesley to help those addicted to opioid prescription painkillers, heroin, alcohol and other drugs. The outfit over the summer posted job listings for an executive director and medical director to lead the Wellesley Coleman Institute, which will be located at 30 Washington St., in lower falls, and could open by the end of November.

BayMark has more than a dozen Coleman Institutes across the country, including in major cities such as Dallas, Denver, Phoenix and Richmond, Va., its flagship location. Coleman Institutes have been around for the past 20 years, and use a combination of Naltrexone therapy and long-term case management to lead patients to recovery.

Wellesley first responders have administered Narcan to those who have overdosed on opioids, and opioids have been a topic of discussion among town officials, including at the schools. Wellesley has been on former professional basketball player Chris Herren’s speaking circuit, on which he talks about his own heroin addiction. Newton-Wellesley Hospital has also been active in sharing information about addictive drugs.

“The stigma associated with substance use disorders, or addictions, have misled many to believe that the disease only impacts one type of person, family or community,” according to a Coleman spokeswoman. “As the opioid epidemic worsens, we have seen that the disease does not distinguish by race, age, gender, education or socioeconomic level or by the area in which you live. Opioid use disorder, along with alcoholism and other issues, impacts Americans in every community across the country.”

The Coleman Institute allows patients to receive outpatient treatment in an environment similar to a primary care office. And in this case, the office will be within about a mile of Newton-Wellesley Hospital as well. The Coleman Institute offers customized withdrawal management services backed by ongoing recovery support.

“Our aim is for this to be a regional office offering withdrawal management options to those in need throughout New England,” the Coleman spokeswoman says.