St. James the Great Church parishioners would much rather still have their place of worship, but those in attendance at a ceremony to commemorate the parish at the new Boston Sports Institute on Rte. 9 are thankful that the space is still being used to bring community together.

Plaques were unveiled recognizing St. James the Great and those in town who worked to buy the property when the archdiocese made it available and turn it into a facility for community use. St. James, built in 1947, served a couple thousand parishioners before being closed by the archdiocese in 2004 and torn down in 2015 following a nearly 8-year vigil.

“It’s a very fitting way to remember a vibrant parish,” said Betty Garvey, a St. James parishioner, speaking loudly over the voices of excited children entering and leaving the sports complex. “People worked collaboratively to build a place that brings together families.”

Among the others in attendance was Beth Hinchliffe, who was baptized at St. James and recently penned an excellent history of the church for WellesleyWeston Magazine.

Wellesley Board of Selectmen member Tom Ulfelder, Father Robert Blaney of the St. John-St. Paul collaborative, and 900 Worcester St. project chair Andy Wrobel all shared thoughts on the past, present and future of the property. Father Blaney said that while parishioners were devastated to lose the church, the plaque will help those who visit the center keep the spirit of St. James alive in their hearts.

Wrobel said the new skating, swimming and recreational facility was a dream more than 10 years ago. Its arrival required involvement from many residents and town officials such as then-Planning Board head Don McCauley (who was in attendance),  and required numerous Town Meeting presentations. His hope is that the facility will stand for at least 57 years, as did the church.

Once the ceremony ended, attendees took a tour of the sports center. And some stuck around to watch the defending state champion Wellesley High girls’ hockey team open its season at one of the arena’s rinks. 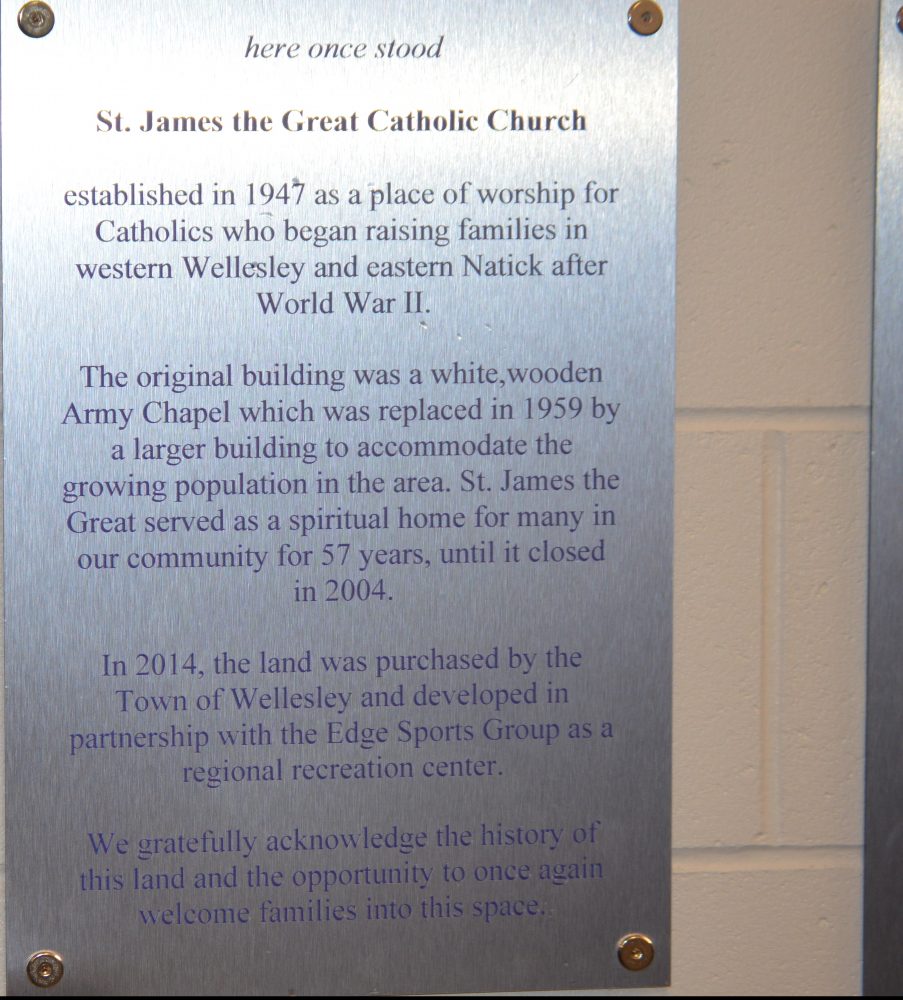