The state’s Department of Environmental Protection (DEP) in October put in place stiff drinking water safety regulations that set a maximum contaminant level for Per- and polyfluorinated alkyl substances (PFAS), also known as “forever chemicals.” That forced communities such as Wellesley to start testing their water in April for a combination of 6 PFAS components from chemicals used since the mid-20th century to make stain-resistant, water-resistant, and non-stick products but that are no longer made in the United States due to health concerns—these chemicals don’t easy break down and stick around in the environment and your body.

Since getting the results the DPW has been in outreach mode, connecting with town leadership, the Health Department, and DEP to figure out next steps. After all, the wells near Morses Pond account for about half of the town’s usual water supply.

The first big step taken by the town was shutting down the Morses Pond treatment plant on Monday. “Morses Pond is now offline,” Cohen said.

The DPW now awaits confirmatory samples of the water, and will take more samples in June before finding out what protocol the DEP will put Wellesley on. The town for now will rely more on its other wells, as well as water sourced via a Massachusetts Water Resources Authority connection to the Quabbin and Wachusett reservoirs, which have just trace levels of PFAS. There’s a mix of science and art in blending water from different sources to deliver safe water to customers.

Despite Wellesley taking quick action to source water, residents can expect to hear from the town about the public needing to reduce water usage as a result of all this. “In the coming weeks we’re going to need some aggressive messaging about having people throttle back,” Cohen said. The DPW has already been working on conservation efforts, and this only speeds things up. Wellesley like much of the state is experiencing mild drought conditions.

The DEP has already begun working with other communities, including Natick and Wayland, that have detected elevated PFAS levels. Natick’s Town Meeting just approved $3M in water treatment facility upgrade spending (see 1 hour, 12 minutes into recording) that will address its PFAS challenges. Wayland has been doling out bottled water intended for those most likely sensitive to its water issues.

Wellesley will be exploring mitigation options, such as carbon filtration, in the months to come. The upshot for customers is that rate hikes could be in the offing to cover such investments, which aren’t cheap. But it’s too soon to say how this might play out cost-wise, Cohen said.

In Wellesley, the source of the PFAS is unclear, but Cohen noted there was a landfill near the water supply. That’s just speculation, he cautioned, when asked about a possible source.

Wellesley’s DPW has readied educational material that it plans to get online as soon as possible, once it gets DEP approval. This will include information about health concerns, including for pregnant and nursing women.

As Board Chair Ellen Korpi put it towards the end of the Public Works meeting: “We have a very complicated story to share with our community here.”

We’ve given it a start here. Expect to hear more from the DPW soon. 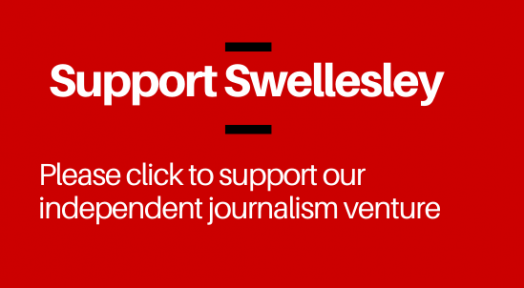