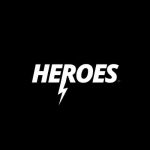 Connor Griffin, founder and personal trainer at Heroes Fitness in Wellesley Square, says the business is expanding beyond its space in the lower section of 98 Central St., to the top floor, with front access in between Lockheart Restaurant and MiniLuxe (formerly home to Dunkin’ Donuts).

“So we will have 2 full floors of gyms,” Griffin says. “Now with the expansion we will have a full class schedule and open gym membership as well as new trainers for personal training. We plan to do a grand opening September 12/13.”

When Jejes Coffeehouse opens its doors at 259 Washington St., hopefully by the end of next month, it will be celebrating more than its arrival in Wellesley.

Jejes Coffeehouse manager Duse Lee says “We submitted for four categories (espresso, milk, filter, and alternative milk) from three roasts: Jeju, Dokdo, and Dohl. Dohl and Dokdo were awarded bronze in the espresso and milk categories, which are the backbone of any coffee shop.”

Jejes’ owner Sunny Lee began roasting coffee in South Korea about 12 years ago, and upon coming to the United States roasted for family and friends before launching the business in 2020.

In researching the Wellesley location, Lee says the Jejes team tried a couple of coffee shops in Wellesley and concluded its offerings wee significantly different. “We realized that Wellesley needs a coffee shop that offers specialty coffee,” Lee said.

While you’ve got a bit longer to wait until Jejes opens here, you can order its products online.

In addition to coffee, Jejes will sell baked goods, including cookies, scones, and muffins, as well as various cold and hot drinks. The business will mainly focus on take-out given its small space, and will operate weekdays from 8am-1pm.

“When we’re ready, we will add more dessert options that go well with coffee and are not too sweet so that people can know the real taste of coffee,” Lee says.

The owner of the new Lockheart restaurant in Wellesley had to do some convincing to get the Select Board’s approval for an alcohol license late last year. But he didn’t have as much luck with the Boston Licensing Board in his bid to buy and reopen the White Horse Tavern in Allston, according to a report by Universal Hub.

It was nice to meet some of our readers who we’ve previously known only through email or comments left on our sites, as well as others curious about our Swellesley Report and Natick Report sites.

Banking, fitness, publishing, and home healthcare were among the fields represented by those we met at the event. Wife-and-husband teams, like our own, also seemed to be in vogue.

Know about business openings and closings? Let us know: theswellesleyreport@gmail.com