Temple Beth Elohim in Wellesley (10 Bethel Rd.) has unveiled a sculpture in its courtyard that is clearly a heart but holds so much more meaning once you take a closer look and read what the artist has to say about it.

The sculpture, from temple member and mixed media artist Caron Tabb, had previously been displayed in Boston. Wellesley is now its home thanks to  a gift from Diane and Gary Glick and the Jewish Arts Collaborative (JArts).

The art is titled “Prisoner a-7713: Antisemitism = Racism = Hate Sliding Back in Time Or, Did We Actually Ever Move Forward?” and was created in collaboration with the Anti-Defamation League as part of a larger “Be the Change” project in partnership with JArts.

In an interview published on the Temple Beth Elohim website, Tabb reveals that the title of the sculpture gets its name in part from the concentration camp prisoner number of Nobel laureate, author and Holocaust survive Elie Wiesel. The sculpture’s materials include concrete, chicken wire, yarn, wood and paint, all of which have meaning.

It’s unclear whether the sculpture will remain a fixture in the courtyard, says Temple Beth Elohim Communications Manager Elise Lublin, as the temple has not had such permanent art there before.

Though it sounds as though Tabb loves where it is.

“When we put it down in the courtyard at TBE, I had serious chills,” she says in the temple blog post. “I felt like first of all, it had arrived home. There was a deep sense of pride that I was able to put that piece where it is right now. That you can sit in the sanctuary and look inward and outward and think about what we have survived as a community…” 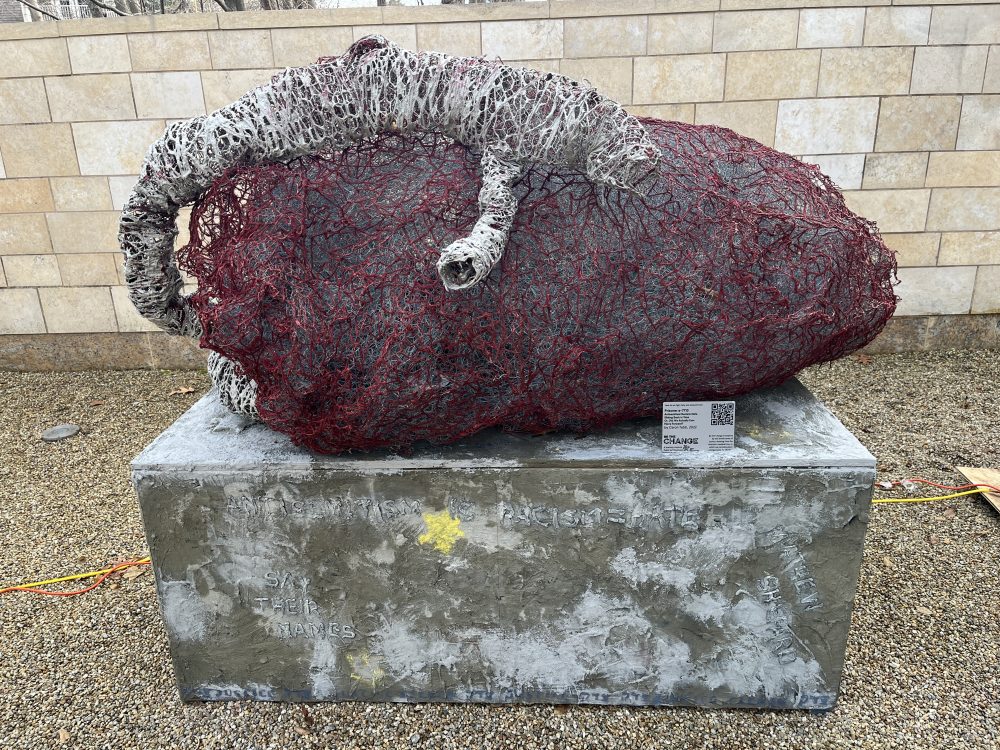 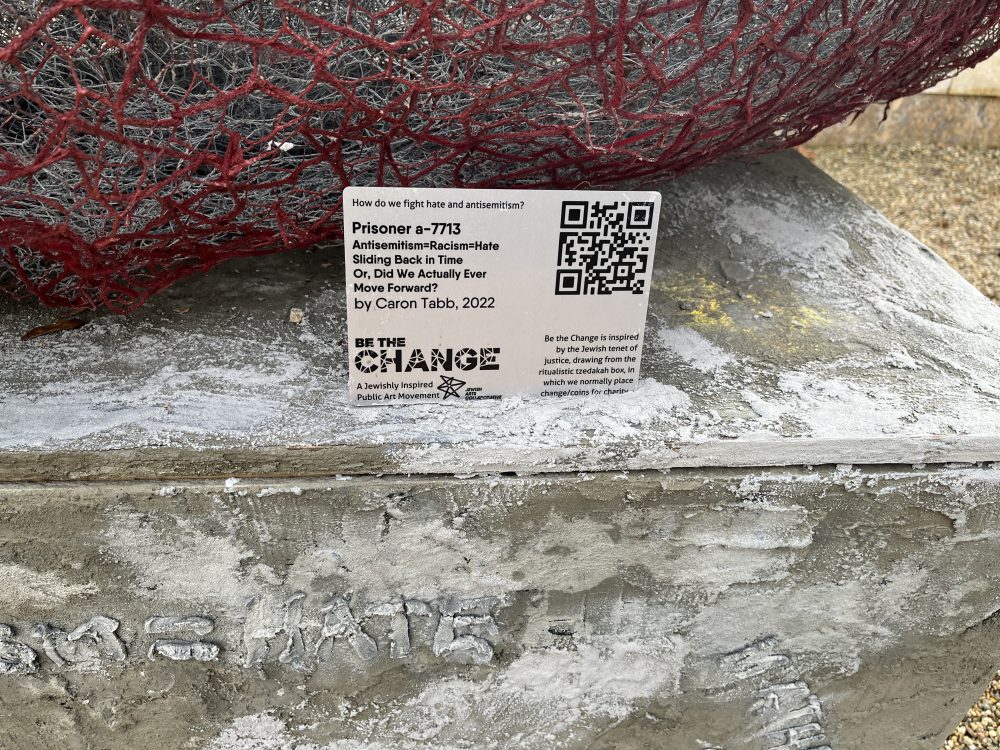