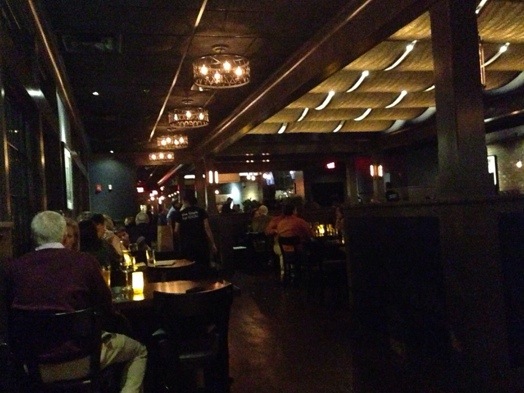 We took you inside The Local, Wellesley’s newest restaurant, shortly before it opened, but this past Tuesday marked our first time there since it officially started doing business just before Thanksgiving.

With my palate failing to develop since I was about 3 years old, I’m the last person you want to read a restaurant review from. But I can at least share observations from my party during our 7pm-ish visit.

To start, parking was tight in the lot, but spaces were available. It appeared some people had landed on Washington Street as well and walked over.

I sat with a group of six other high-powered Wellesley adults who ordered drinks and a selection of $5 appetizers, or Snack Things as The Local calls them (Fried Pickles, Truffle Parmesan Fries, Crispy Onion Things). Everything on the menu is listed under a Thing category, with items scaling  up to $19 salmon and rib dishes. We also ordered chicken wings, which came in spicy sauce, plus ginger cheesecake as a finisher (all deserts are $7). A bunch of the appetizers arrived in adorable little tin dishes. Our party enjoyed all of the food, with one member going so far as to call the fried pickles as “great”

The Local offers a wide variety of drinks, with beers served in solid straight-up glasses running I believe $6 or $7 apiece — so probably not the kind of place that’s going to attract a big hang-out-and-watch-the-game crowd. Fancy drinks include the Massachusetts Mai Tai and New Hampshire Smash. 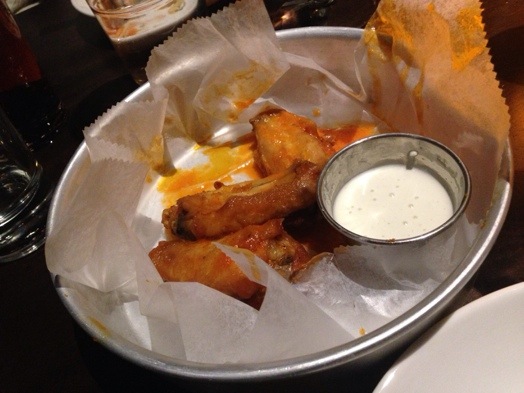 We sat at the far end of the restaurant, which seemed to be miles from the entrance, as I suppose was the case when China Sky was located there, too.  The layout overall is broken up nicely with the bar and another section semi-surrounded with dividers. The lighting in the restaurant is minimal, giving the place an intimate feel despite its size. The Local had a solid dinner crowd, though wasn’t packed.

The decor is simple and nice, with elegant overhead lighting and big black-and-white framed photos of sports and old-timey Wellesley scenes.

Our server, Rob, was friendly and attentive, even as he trained another young man on the tricks of the trade.

One very special moment for us all — and confirming we don’t get out enough — was the discovery that a couple of the utensils at our table were magnetic and that we could lift one into the air using the other (see photo at the bottom). Our waiter explained that this must have been because of a magnetic system used in the kitchen to keep utensils from going down the garbage chute.

So, I guess that was a Magnetic Thing that just might attract us all back to the restaurant again.

By the way, the Local will begin serving lunch on Dec. 16 (it’s been open for dinner to start). 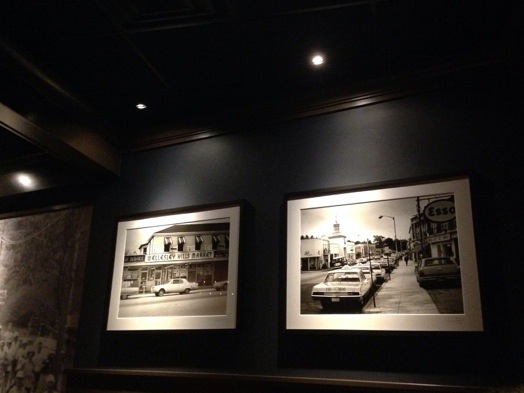 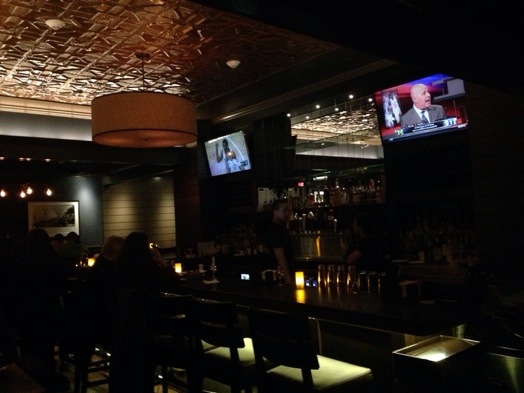