It’s time to put down your meat cleaver and start using your hands to defend yourselves. A martial arts studio is moving into 277 Linden St., in Wellesley, the former location of butcher John Dewar, which closed at the start of 2014.

(Salon One is also expanding into part of the former Dewar property, according to the property manager.)

The new Steve DeMasco Shaolin Studios offers karate/kung fu programs for kids, teens and adults, and has about a dozen locations, more than half in Connecticut. Grandmaster DeMasco is a 10th degree black belt in Shaolin kung fu.

The business pledges that “you will leave each and every shaolin martial arts class with a feeling of accomplishment and renewed self-esteem.”

A martial arts studio called In Your Defense shut down in Wellesley Square last year after a brief stint in town. 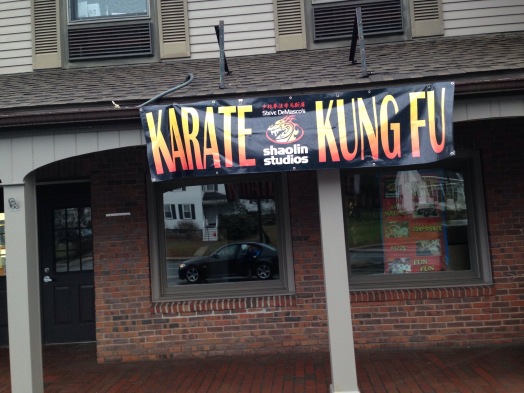