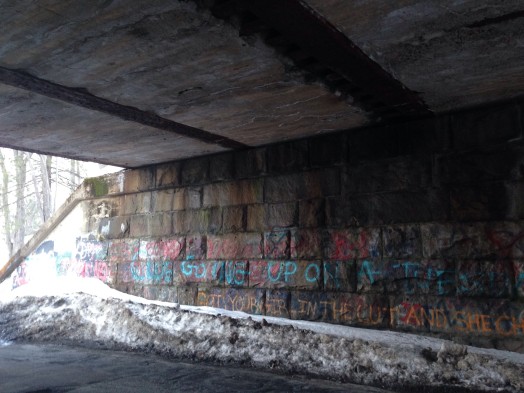 The Boston Herald reports that the MBTA and its patrons haven’t taken enough of a beating this winter, and face another set of problems going forward that will cost millions of  ollars to fix and result in more train delays. About 50 crumbling bridges, including the colorfully painted Bacon Street bridge that intersects with Rte 135 in Wellesley near the Natick line, are due for repairs that could cost a total of $800 million to fix.

No specifics yet on when any work might be done on the Bacon Street bridge.

Wellesley has a rough recent history with bridge work, between the epically long Locke bridge project at Rte. 16/9 and the choppy construction that took place at the Rockland Street bridge after that. One exception was the Cedar Street bridge project, which came and went super fast over a July weekend in 2011.