Here’s a round-up of the latest Wellesley, Mass., business news:

The Painting Place coming to Wellesley

The Kid’s Place, a 7-days-a-week Needham-based studio established in 2000 that offers a slew of artsy drop-in activities from painting pottery to making slime, is rebranding itself as The Painting Place and moving a few miles down the road to Wellesley. The building in which The Kid’s Place resides is being torn down.

“The rebranding is the positive I’m taking from the negative of losing my current lease,” says The Kid’s Place and The Painting Place’s Samara Helfman. To be clear though, Helfman’s business will continue to serve kids even as it expands its audience to more adults, including local college students.

The name change should make The Painting Place more welcoming to grown-ups who want to drop in or arrange parties, corporate events, etc. The new space is much bigger than the old one, Helfman says. 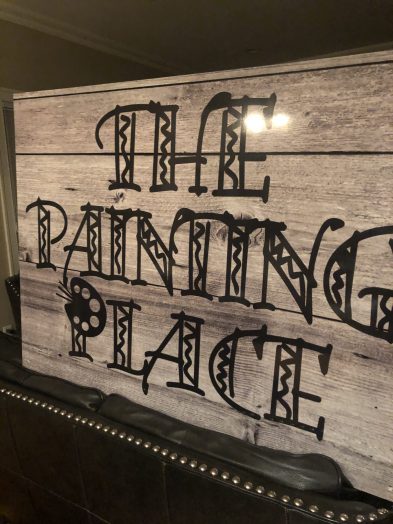 “We are keeping The Kid’s Place alive during the transition as we want to maintain kids’ painting and birthday parties,” she says. “We’re going to focus on both kids and adults instead of primarily kids.”

The Painting Place will relocate to 380R Washington St., behind where White’s Bakery will soon open at Playhouse Square. Legit Activewear, which is now on the Belclare strip at the other end of town, used to be in that spot.

If all goes according to plan, the business will open in Wellesley in March.

A new daycare center with the rascally name of Scalliwags is readying its space at 445 Washington St., in that complex across from Whole Foods where Zoots and a nanny/tutoring business used to operate.

Scalliwags is seeking employees now to engage with your infants and toddlers. 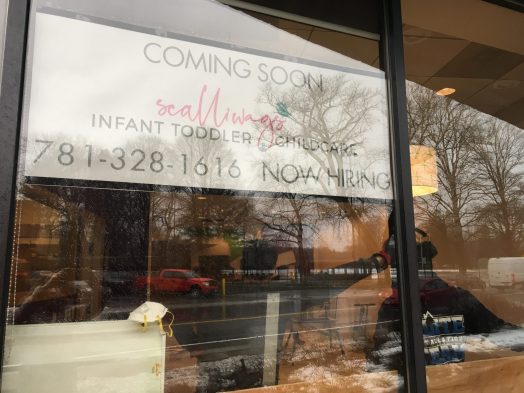 But don’t panic. And don’t be fooled by Busy January Kids who claim they “just want to hang out and chill all summer.” Those kids will quickly turn into Summer Bored Kids by the beginning of July. Find out all about summer camps here in Wellesley and beyond on our Summer Camps page.

It looks like the team includes a handful of team members previously with Newton-Wellesley Primary Care (We’d had inquiries about Drs. Elisabeth Brewer, Edward Shashoua and Genevieve Anand, for example, and they are now listed as being on the Beth Israel team. For at least Drs. Brewer and Anand  this will mark a return to a building where they worked years ago for the Marino Center). 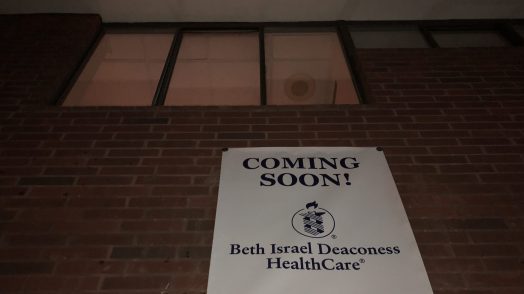 Farmers to You adds a third Wellesley spot

Farmers To You, an online farmers market, is adding Wellesley Office Park as a new pickup site. Customers can order food from local farmers currently delivering to more than 25 pickup sites and hundreds of homes in the Boston area, will open its third site in Wellesley at the Wellesley Office Park at 55 William St., on Thursday, January 31. The 2600+ tenants at the office park will have the opportunity to order food from local farmers and pick it up in tote bags each Thursday from 3:30-5pm. Farmers to You also delivers at Babson College and at the Wellesley Farmers Market at 309 Washington St.

Wellesley resident lacing ’em up against Bruins alums for charity

Wellesley resident Michael Ryan will be among the Dana-Farber Cancer Institute doctors, researchers, and staff who will play a charity hockey game against Boston Bruins alumni to benefit the Jimmy Fund, which supports cancer research and patient care at Dana-Farber. The Dana-Farber Rink Rats’ game will be held Saturday, February 2, from 2:00 p.m – 4:00 p.m. at Warriors Ice Arena in Boston. Ryan is in development at Dana-Farber.

To support a participant or for more information, please visit www.jimmyfund.org/rinkrats. 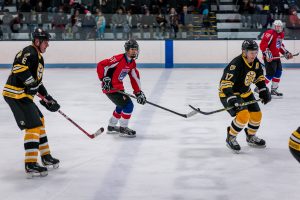 Come Cycle for a Cause with Boston Marathon-bound Wellesley moms Kim Ebeling, Mona Marimow, Dorothy Strzelecki and Kate Wallace and sweat for something meaningful. On Wednesday, January 30th at 7:30pm the runners-in-training are teaming up with B/SPOKE Wellesley for a charity ride. 100% of the proceeds will go towards their Boston Marathon fundraising efforts for the Good Sports Organization and the Shawn Thornton Foundation. Purchase tickets here.

Want to sponsor Wellesley Business Buzz? It’s easy and fun to partner with us, and you get great exposure for your business or non-profit. Let us know