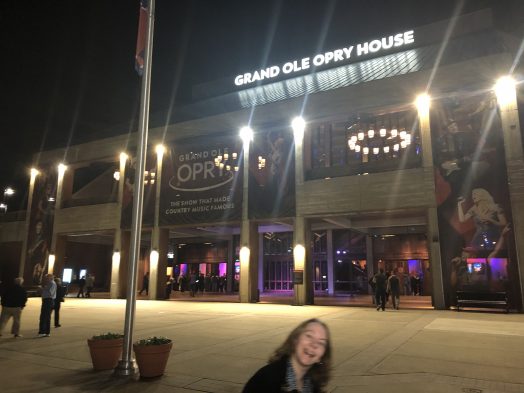 The Grand Ole Opry, that hallowed Nashville country music venue, gave The Swellesley Report some love this past week while Mr. and Mrs. Swellesley dropped by during a business and sightseeing trip.

After observing that Grand Ole Opry announcer Bill Cody was reading notes about birthdays, anniversaries and more from visitors during the first half of the show we attended, Mrs. Swellesley passed along a note of our own. The usher assured us she’d pass it along, “but no promises.” 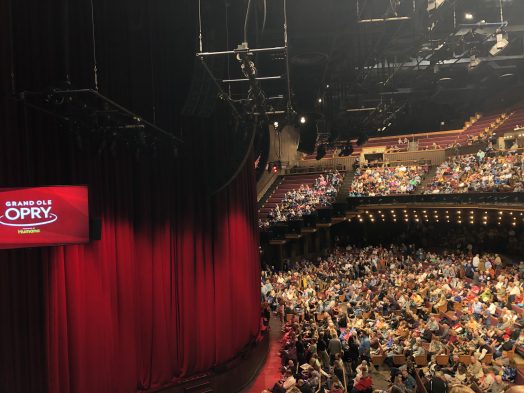 During the Oct. 23 show, which featured the likes of Little Big Town, Ray Stevens, newcomer Ashley Ray and Sugarland’s Kristian Bush, Cody got back on the mic during the second half and began reading the handwritten notes. This included a happy birthday to 90-year-old Helen from Philly, a salute to a U.S. Marine, and then our little ole note:

We still have a ways to go to become Grand Ole Opry members, but this was good enough for us.

Support the starving artists at Swellesley: Here’s how to Advertise and/or Donate to support our independent journalism venture

P.S. Our trip to the Opry inspired me to seek out a Country Song Generator on the Web, which spit out this gem (?) after I plugged in a few terms:

Here I am devoted to Mrs. Swellesley
How I love the way you look in your red and black jeans
Can’t believe I let the smog cloud my eye

In Wellesley, when I was a child
I met a cheeky man
“How can you be so cheeky?” asked I
Here was his wise reply

Met an old lady who lived like a prude
“What happened to her?” asked I
Here was his wise reprise

That lady’s gone now
It’s sad really
Word is, she had curly hair once