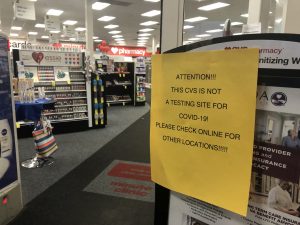 The Town of Wellesley says that CVS will not be offering drive-thru COVID-19 testing at its Linden Square store after all.

CVS had originally included the Wellesley location on its list of 10 new drive-thru sites in Massachusetts, as we reported yesterday.

“CVS Health is committed to helping increase COVID-19 testing in Massachusetts to help slow the spread of the virus. We’re also committed to being a good partner with local officials in the communities we serve and to listen to their concerns,” CVS said in a statement. “At this time, our Linden St. store in Wellesley will not be one of our stores providing COVID-19 testing at drive-thru windows as previously announced. We are proceeding with drive-thru testing at 9 other locations in Massachusetts, and plan to add more by the end of May.”

The Wellesley location immediately raised questions for some in town given that the parking lot CVS shares with Roche Brothers and other businesses can get crowded. The Rte. 9 CVS was not an option because it doesn’t have a MinuteClinic.
Though others, including readers commenting on our Facebook page, said Wellesley should have welcomed such a clinic. “This about sums up the town – when it’s time to pick one Minute Clinic we want to remain, it’s Linden Street because it’s more convenient, but when there are actual sick people, they should go to the Wellesley/Natick line.” 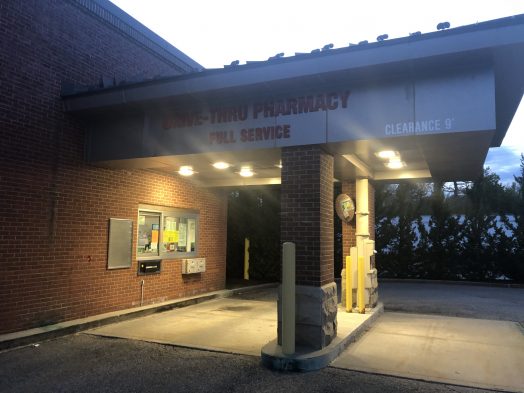 The Wellesley site wouldn’t have been near any of the others, raising worries that the location would become a hub for metrowest. Other CVSes on the list: Bridgewater, Carver, Charlton, Danvers, Raynham, Northampton, Worcester, West Springfield and Westport. Wellesley was included on the list cited by Gov. Charlie Baker during his press conference on Thursday early afternoon.

CVS is already offering large-scale test sites in 5 states, including Massachusetts (at a cinema in Lowell), and vowed in April to expand its efforts by offering testing in drive-thrus and parking lots. No in-store testing. By the end of May, CVS expects to be offering this service at 1,000 locations with the goal of processing 1.5 million tests a month.

The store drive-thru locations are a self-swab and send model, where swabs are conducted by the patient in their car, and specimens are sent to a nearby lab, with results available in 2-4 days. A CVS Pharmacy team member will observe the self-swab process to ensure it is done properly.

Predictably, this story about not doing something to avoid crowding is now attracting NIMBY-thirsty TV news stations, which will likely follow up on our coverage and head over to the parking lot…

Note: In fact, we didn’t find a crowd of TV stations, but there was 1 there… 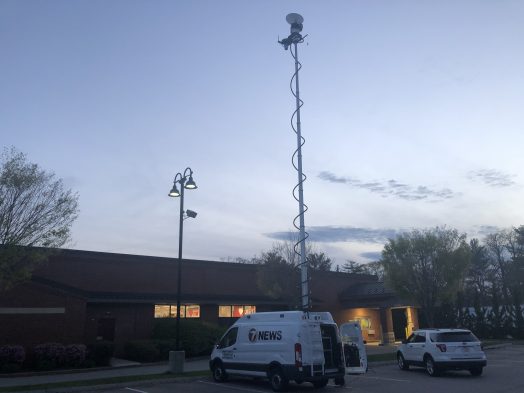 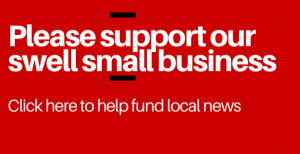