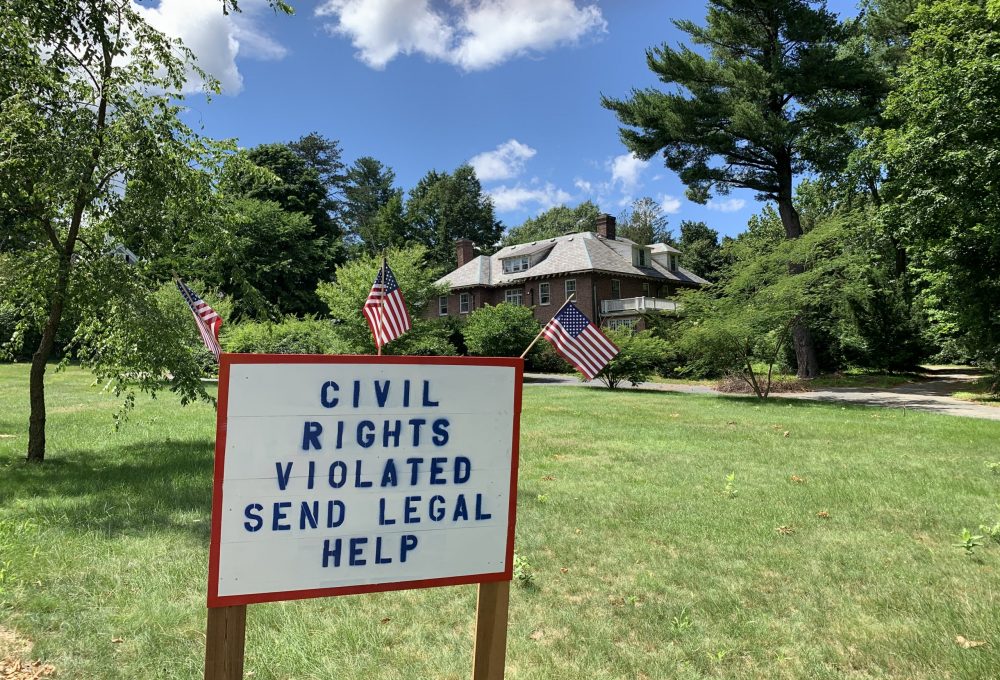 The American flag-adorned sign is in front of a 13-room brick Colonial at 489 Worcester St., that according to town records, changed hands for $1 about 10 years ago in an intra-family transaction. The buyers of the home have passed away over the past 2 years, and now a civil dispute involving surviving family members is underway.

Wellesley Police are aware of the situation, having accompanied an attorney to the site who was attempting to take photos in relation to the civil action. The Norfolk County Sheriff has also visited the property to serve paperwork, as has a constable from the sheriff’s office, according to Wellesley Police.

While it’s clear at least one party in this dispute has called attention to the situation through the highly visible sign, we think it might be best to leave things here for now, given this is a family matter. We have not reached out to the family members.