Our round-up of the latest Wellesley, Mass., business news.

If you’re interested in sponsoring this always well-read article, please let us know. Here’s an example of what that would look like for your business or organization. Email us at theswellesleyreport@gmail.com

Beth Urdang has announced that after 31 years in Boston, she has closed down her location there and will focus on the Wellesley art gallery she opened at 16 Grove St., 10 years ago as well a new pop-up shop at 15 Central St., that she plans to operate through December.

“Yes, after 31 years in Boston I thought it made no sense to be operating galleries both in Boston and Wellesley in the middle of a pandemic, so I decided to work closer to home and focus on the Wellesley space,” she says. “Then this lovely pop-up next to Juniper became available so that clinched it.”

The Grove Street space will have limited hours while the pop-up is open—Saturdays 11am to 4pm, and by appointment. 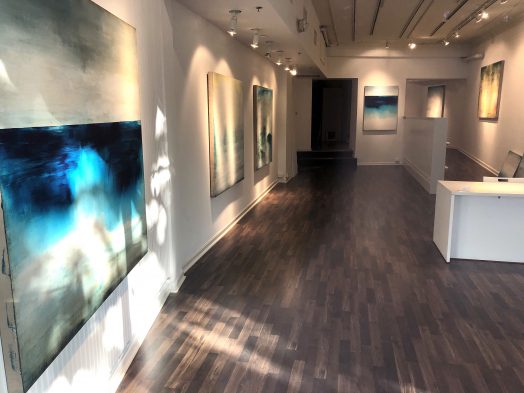 Urdang says she opened the gallery at 16 Grove St., in 2010 “as a ‘temporary’ location while I was in between spaces on Newbury Street. I was set to rent just the window (which I’d known for years, we moved to Wellesley in 1994) and didn’t even realize there was a lower level space which  turned out to be perfect for a gallery and storage area. ”

The Grove Street shop initially was open full-time, but converted after a few months to part-time and by appointment when it became too much for Urdang to go back and forth between that gallery and the one in Boston.

“Building over the stairs a couple of years ago to the lower level was a big improvement which enabled us to have that adjacent sliver of space with a desk, etc.,” she says. “People finally realized we were more than just a window installation!”

Urdang says when she comes to work “it feels like a touch of NY in Wellesley.  In fact I was director of 2 great galleries on Madison and 57th St. for 11 years before moving to Boston in 1989, and opening our first gallery at 207 Newbury in 1989.”

There will be different one-or two-person shows on view at Grove and Central, each for about a month, with more in the back room on Central. “We’re adding a new sculptor and a couple of photographers to our roster of artists.  Our client taste is very eclectic,” she says.

“Also the interior designers seem very busy as people want to improve their home/offices, not be looking at blank walls or the same works,” she says.

The paper sign on the former Bruegger’s space in Wellesley Square still reads “We have temporarily closed this location,” as it has since at least April during the early days of the pandemic. But as sharp-eyed reader BK informed us this week, the location is no longer listed on Bruegger’s website, and we see that a real estate sign is now in the window.

We’d sent inquiries along the way into Bruegger’s “customer service” black hole/social media channels, but never heard back about whether “temporary” meant permanent, as it certainly appeared.

Will Natick’s new Bagel Table do the trick when it opens next month? 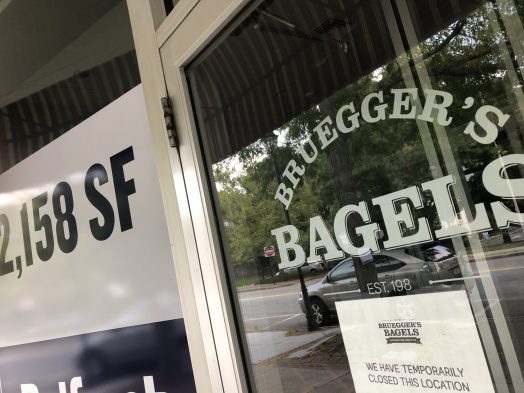 Fashion boutique Jarbo has also cleared out in Wellesley Square, though the company’s website still lists the location as “temporarily closed.” We’ve reached out to the business to check on its status, to see whether a comeback is in the offing.

Its Newton Highlands shop is open.

Update: 10/24/20: While Jarbo never got back to us, it has removed Wellesley as a location on its website. 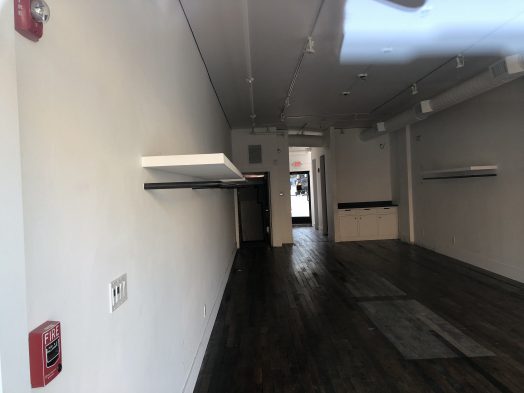 Sunset Sale is on

Get great deals at this week’s Sunset Sale in Wellesley Square and Linden Square.

And based on the weather forecast, there should be a good dose of sun on Thursday! 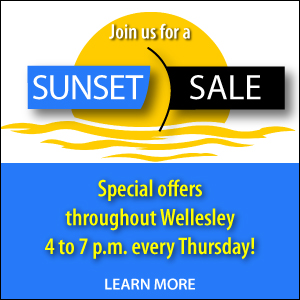