I’ve heard fisher cats many a time at night tearing about their victims, but had never actually seen a live one in the wild until this morning when running down Pond Road. The critter crossed the road in front of me, then ambled up a hill near Lake Waban, looking back at me a couple of times.

Then I came across this Tweet by a woman whose beagle was barking –from inside the house — at a coyote in their backyard. Coyotes are of course no strangers to Wellesley these days.

Then to top it all off, Natick Police issued a heads up about your friendly neighborhood bobcat in South Natick near the Sherborn line. 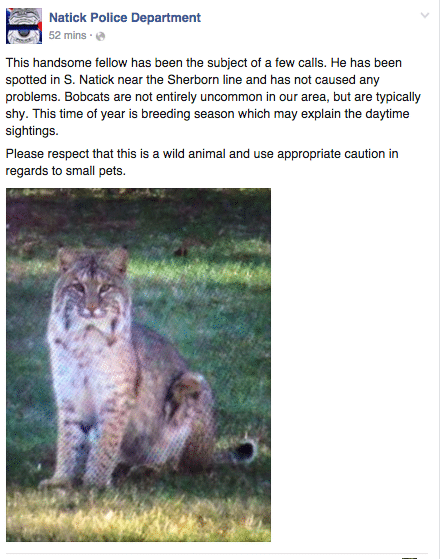