John and Dwin Schuler, and Mary Bowers, are being recognized for their significant contributions to the town and to the Council on Aging by having rooms named for them at the new Tolles Parsons Center, which is slated to open this fall.

These will be the John and Dwin Schuler Multi-Purpose Room and the Mary Bowers Café.

John Schuler was born and raised in town, has been a Town Meeting member for 65 years, and has been involved in countless activities, including the Wellesley Trails Committee.  Dwin has been active as a community supporter and organizer in multiple activities. 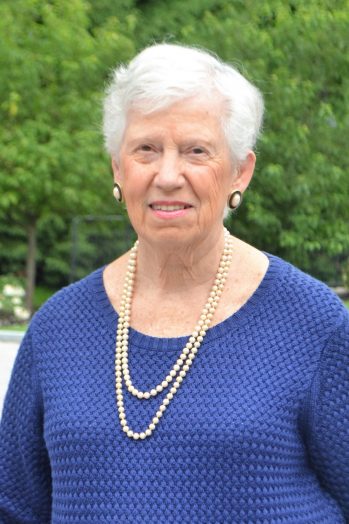 Mary Bowers has been the prime mover, principal organizer, chief spokesperson, and cheerleader for Wellesley COA volunteer efforts for many years.

The naming of these rooms kicks off a public-private partnership known as the New Era Fund designed to raise money to augment the town’s construction budget and support programming at the Tolles Parsons Center. In the first phase of the $1.5 million New Era campaign, all
donors who contribute by Oct. 31 will be recognized as Inaugural donors;  special recognition will be given to those who contribute $10,000 or more.