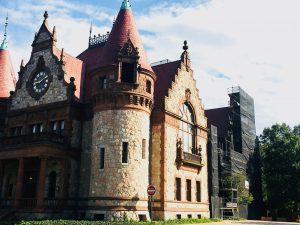 The Wellesley Board of Selectmen (BOS) held a public forum at the start of its regularly scheduled April 29 meeting at 7pm in Town Hall to begin consideration of a request from the World of Wellesley (WOW) to change Columbus Day to Indigenous Peoples Day in town. At the meeting, the public had the opportunity to speak about the WOW request. BOS Chairman Jack Morgan said that the role of the BOS at the meeting would be as listeners, and that no immediate decision would be made as a direct result of this one meeting.

The petition that started the conversation

A WOW petition to make such a change reads: “Our Indigenous friends and neighbors consider changing Columbus Day to Indigenous Peoples Day as an important first step toward acknowledging the genocide of millions of their ancestors and the theft of their homelands, that began with the arrival of Columbus, as well as a recognition of Columbus’ role in the kidnapping and enslavement of millions of African people. It is a meaningful symbolic gesture to begin addressing the pain caused to Native Peoples by the many years of celebrating Columbus as a hero.”

WOW reps stated their case at the start of the forum. During Citizens Speak the public then shared its views. Morgan at the end of the two-hour meeting said that the (BOS) will deliberate and consider the matter, and that the BOS will reflect on the information shared at the forum and will determine the next steps. Morgan said, “There will be a public process. There will be dialogue and discussion.”

A future Town-hall driven public meeting is not yet scheduled. WOW expects to hold a public informational meeting on the issue later in the spring.

A citizens petition to change the October holiday was withdrawn in March 2019 from annual Town Meeting. The Advisory Committee had voted 7-4 (with 1 abstention) for unfavorable action, and following BoS discussion, member Marjorie Freiman encouraged WOW to withdraw the petition and work with the town to foster more discussion.

The April 29 meeting kicked off the discussion that back in March Freiman encouraged. WOW President Michelle Chalmers spoke first at the meeting. She said, “I would like to acknowledge that the Town of Wellesley is located on the traditional territory of the Massachusett people.” From there she stated WOW’s goal, which is that Wellesley change the name of the second Monday in October from Columbus Day to Indigenous Peoples Day.

Such a change in Wellesley would have no effect on the name of Columbus Day as a federal holiday.

Joan A greeted the BOS and the meeting attendees in her native language. She then switched over to English and said, “Indigenous people do not celebrate Columbus because to us Columbus is the person who came here and initiated the genocide of the indigenous people of this hemisphere…In school we’re sort of given the idea that this was an empty wilderness of land that was available, but it wasn’t. These lands were populated by Indian tribes…we were already here for thousands upon thousands of years.”

Emma Hammond, a 7th grader at Wellesley Middle School said, “Most sources about Columbus only show him as a hero, but that isn’t true…History should be truthful, so there shouldn’t be a holiday celebrating an inaccurate past.”

When Hammond was applauded, Freiman reminded the crowd of BOS meeting rules, which prohibit clapping, booing, or other public displays. She said that the meeting is a safe space in which residents must respectfully agree or disagree.

Mahtowin Munro, a member of the Lac Courtes Oreilles band of Ojibwe Anishinaabe said, “There’s no questions about the truth of Columbus and his men. They were butchers, rapists, and slave traders…Maybe not everyone is going to understand the need for the change, but celebrating Indigenous Peoples Day instead of Columbus Day adds to the town in every possible way and it is a matter of respect.”

Wellesley High School history teacher Jackie Katz said, “Columbus Day is just one of those days when I feel, wow, we are failing at this. Every year kids go, wait, I don’t understand why we’re celebrating this guy.” Katz conceded that although when teaching history it isn’t fair to hold the people of yesterday accountable to the standards of today, Columbus “doesn’t hold the standard for regular human decency” at any time in history.

The meeting was then opened up to community speak.

Michael Gigante said, “Columbus Day was officially made a federal holiday after Italian Americans petitioned their government to name a holiday after him. In 1934, Congress and President Franklin Delano Roosevelt proclaimed October 12 to be a federal holiday under the name of Christopher Columbus.” Gigante went on to talk about discovery, risk taking, and exploration, saying that early Italian immigrants had a hard time with both job and social discrimination.

The Italo-American Club’s take on the issue

Paul Cremonini, a third generation Italian American, who spoke to represent the Italo-American Club said, “It’s been a pleasure just listening to both sides of this because it’s good to have dialogue and its important to get everyone’s feelings brought forward. He then read from a letter he sent from the members of the Italo-American Club on April 12, 2019 to the BOS. The letter read in part:

“Dear Board of Selectmen. It has recently come to our attention that the Board of Selectmen has taken under advisement the proposal to eliminate the name to the holiday known as Columbus Day and replace it with Indigenous Peoples Day. While some may support this petition, many others feel differently., including the members of the Italo-American Educational Club. A recent special meeting of our membership voted unanimously to express our support for continuing the official holiday known as Columbus Day. We express no animosity to those individuals who wish to eliminate the designation change. However, we feel strongly that pitting one group against another serves no constructive purpose and the best possible solution to the opposing views would be to designate the date as both Columbus Day and Indigenous Peoples Day….we certainly could accept different celebration days for each if that would serve best.”

Bruce Franco said, “I’m the first one to say the indigenous people of this country were treated unfairly. There’s no doubt about it.” Franco said he says he want the whole truth to come out. “The indigenous people were no less violent than Columbus. Any educated person knows this. They fought their enemies, they killed their enemies, they enslaved them, they raped them, on and on, same as Columbus, except worse because they practiced human mutilation.”

Franco said that Columbus and his men were brave explorers and that students should be given the whole story. He objected to what he called propaganda. “What is WOW doing in our school system?” he asked. “They have official endorsements on their website.” (editor: Wellesley Public Schools are listed as a partner organization on WOW’s website.)

Stephen Wrobleski, a former Wellesley public schools educator, said that there is a lot to celebrate in Italian history, “But the history we’ve sorely neglected is that of native peoples…By honoring a single man with a day, a national holiday, we give credence to someone who did atrocious things. And if you really want to know the history of Columbus, just read his journal that he wrote himself. Read them and you will know the man from his own words.”

Wrobleski went on to say that if more recent history was somehow a little fuzzy at one time but then we learned more information, people would act. “If there was an elementary school, Adolf Hitler Elementary School, it wold be changed. We would get rid of it because Hitler committed genocide. Columbus erased the Arawak people in the Caribbean. They’re gone now because of that man. Is that a man you want to celebrate?”

Donna Tucci said, “What I resonate with on Columbus day is the Renaissance sprit of discovery, exploration, and entrepreneurship that Christopher Columbus brought to the New World. It is a spirit of wonder, curiosity, and innovation that encourages us to explore and discover the unknown.”

Tucci expressed her Italian pride and suggested that the day be named for both indigenous peoples and the age of exploration.

Jeanne Mayell supported Indigenous Peoples Day because she said, “Out consciousness is different. We are a progressive town. Do the right thing, not a compromise.”

Ralph Tortorella said, “These meetings are always delicate. they bring up emotions. I think we have to  take a step back and say where do we go? How do we mitigate these issues? Is there a way to to give both sides something?…Preserving the integrity of Columbus Day, I think, is important for a lot of historical reasons as is recognizing indigenous people.”

Scott Fraser said, “I have no problem with the concept of Indigenous Peoples Day..I’m less enthusiastic about basically swapping one day for the other.” Fraser said it is a problematic premise that to raise up one group of people we have to tear down or reject another group of people. He said history was “a little bit dark” and suggests people think of Columbus as an idea.

At the conclusion of Citizen Speak, Morgan thanked all for coming and speaking and listening, and moved on to the next items on the agenda.

Residents can discuss Columbus Day, and any other town-related issue, at the Wellesley Board of Selectmen office hours. Here are the dates and times.

April 29, 2019 — Watch the above meeting on Wellesley Public Media