The Wellesley Raiders Halloween Extravaganza on Benton Street, which will be lighting up Thursday-Sunday nights this week from about 6:30-9pm weather permitting, was a team effort for the Stevens family.

(Disclaimer: My photos don’t do it justice.) 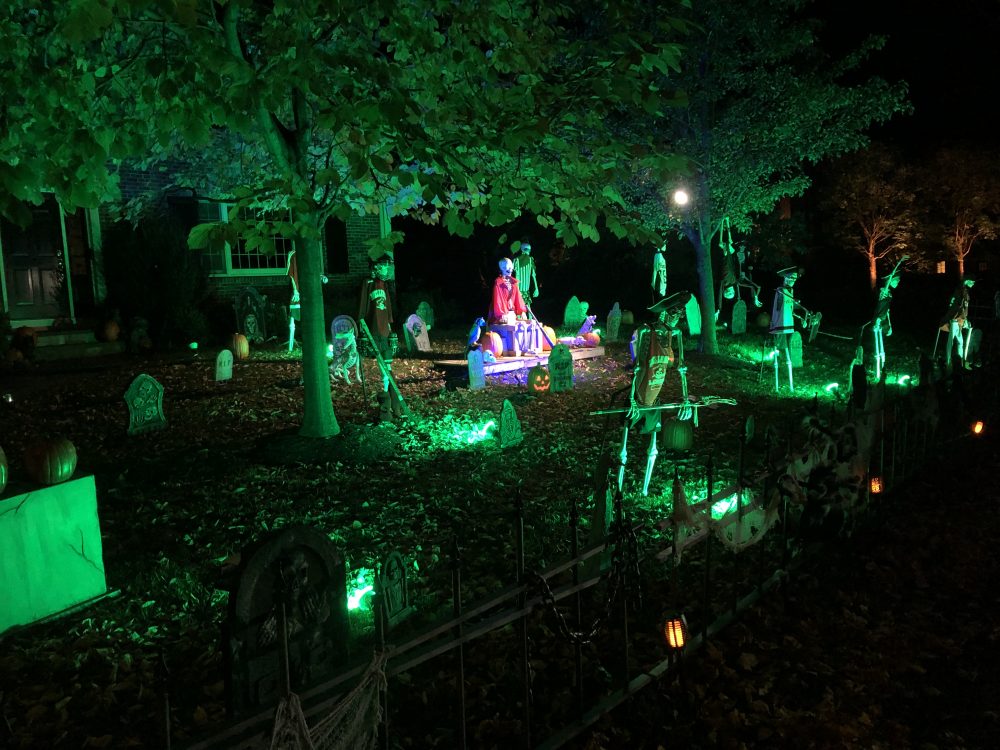 Joe says it took him 6 months to research the ins and outs of syncing up lights, music and motion for the sprawling sporty skeleton scene on the family’s front yard.  The high-tech system controlling things lurks in their basement.

A self-described “tinkerer,” Joe says he enjoys figuring things out, and that the family’s display has grown to its current star attraction status over the past few years. Skeletons donning assorted Wellesley Raiders gear have neighbors and other friends to thank for their outfits. The Wellesley dump also did its part for the scenery.

Thanksgiving is Joe’s favorite holiday, but he says his wife Kathleen loves Halloween and has won him over. She led the way in acquiring the skeletons and temporarily converting their front yard into a graveyard complete with a homemade spooky fence and columns that protect onlookers from the undead. Some very young masterminds also had a hand in this display.

A light and music display, featuring singing pumpkins and a playlist that includes “We are the Champions” and “Thriller,” plays in a loop. A talking parrot introduces the action, which is worth making the trip to see.

(Hat tip to reader LB for letting us know about this display.) 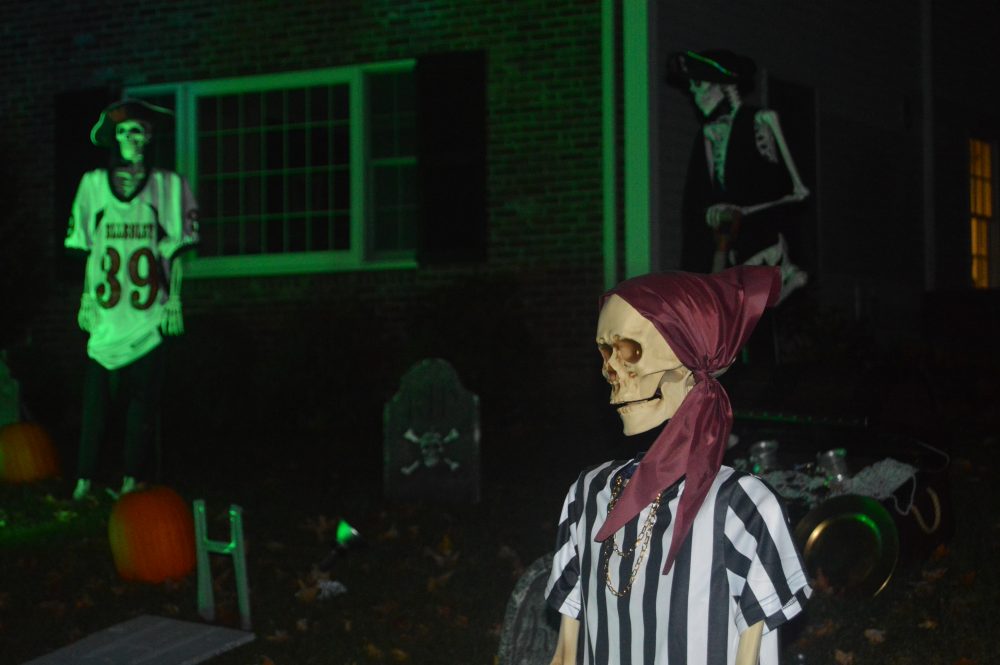 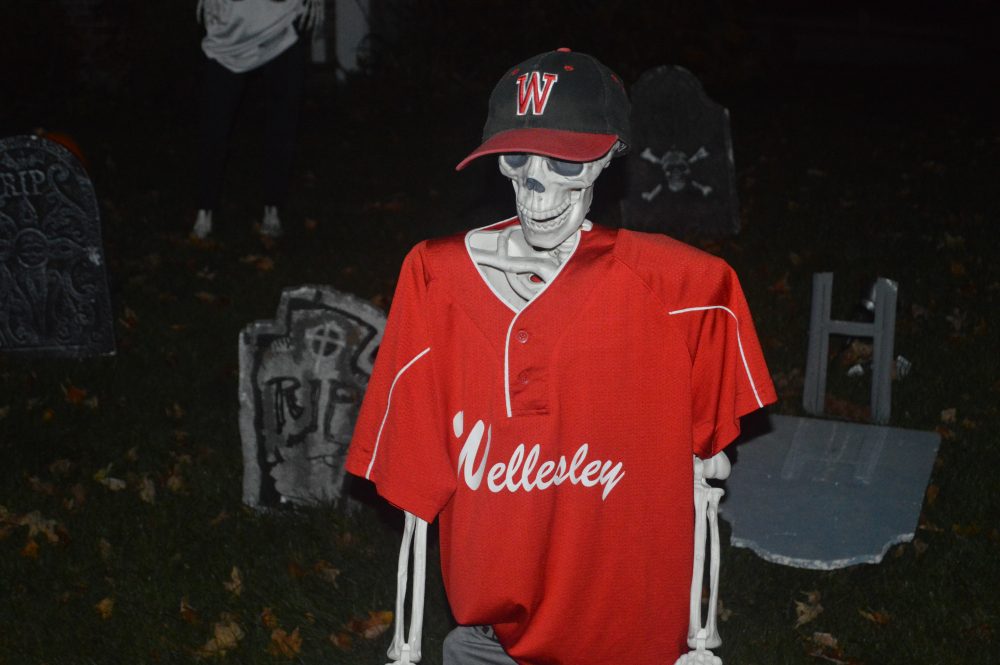 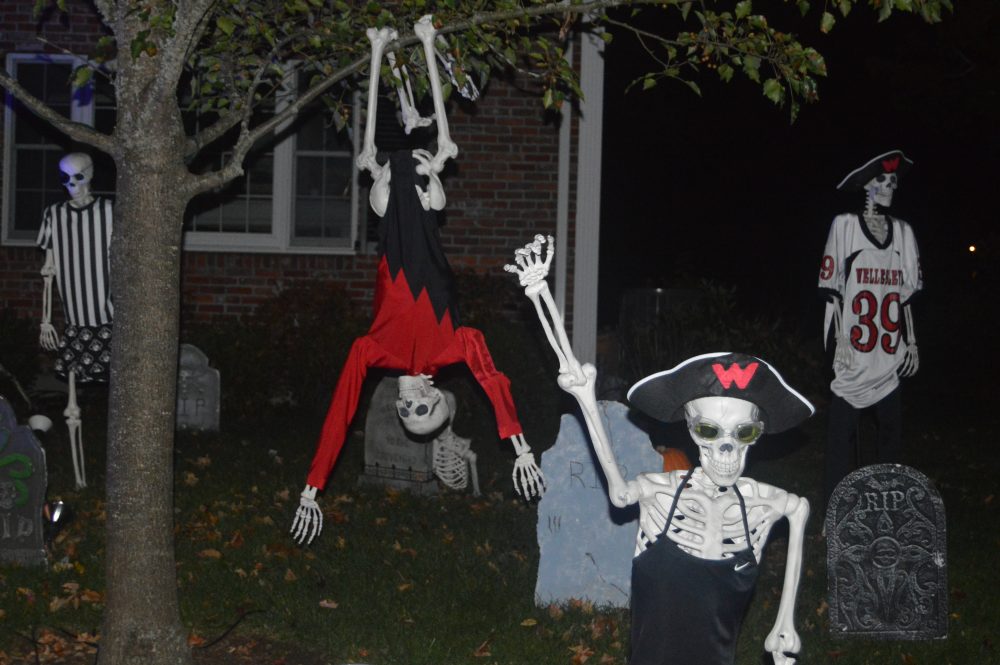 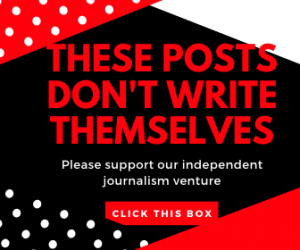