One of Wellesley’s much-loved family businesses will change ownership after almost 50 years under the stewardship of the Skolnick family. E.A. Davis, the old-school department store, known for its warm customer service and air of refinement, will experience a changing of the guard at the end of June. It will be only the fifth such change since 1904, when the store was founded by Emma A. Davis. From there, Emma’s nephew, Clarence Holman took over. The store then passed out of the original family when the Skolnicks of Wellesley purchased the Washington Street store. Next-gen Skolnicks Rob and Michele then took on the mantle of responsibility (and joy, as they’ll quickly point out).

Rob and Michele say they’ve been able to build on the success of their predecessors by continuing to provide an intergenerational shopping experience. “That’s the key,” Rob Skolnick says. “It’s very traditional, very classic. We’ll have three generations of the same family shopping together and all will leave with something and all be happy. The grandmother sees what the granddaughter is trying on and says, ‘That’s so cute,’ and then the mother and the grandmother will both find something they want.”

When his dad purchased the store in 1975, Rob was a first grader at Hunnewell Elementary School. He shared the news using the most efficient method of the time—during show and tell. Since the upper level of E.A. Davis back then was the toys department, it caused quite a stir when his classmates realized their friend was suddenly the Prince of Playthings. If only the kids knew that heavy is the head that wears the crown. When it comes to family businesses, even the royal children work.

“You just do whatever’s necessary,” Rob says. “When you’re in a family business, everybody pitches in at all times. I was fortunate enough to be partners with my farther once I graduated from college. It was a partnership and a friendship, and he was a true mentor. We purchased the business from my father about ten years ago to carry it on.”

Experienced retailers Brian and Becky Voelkel, owners of five other department stores from Martha’s Vineyard to Connecticut, will take over at the end of June. It all happened very fast, starting with a casual conversation about the Voelkel’s clothing line, Mahi Gold, a popular seller on the floor of E.A. Davis. At the end of the conversation, Brian and Becky gingerly floated the idea of buying the business. Or not. Whatever, you know. Just a thought. “They said ‘we don’t mean to insult you, but if you were ever thinking of selling…’,” Rob recalls.

After he and Michele talked it over, they realized the perfect opportunity for E.A. Davis, for Wellesley, and for themselves had come along, and might not materialize again. Here was the chance to turn the business over to two passionate, experienced retailers who could continue the E.A. Davis tradition and build it.

“They understand what EA Davis is. Really it’s its own entity, and part of why we made the decision to pass it along to Ryan and Becky is simply because they understood what E.A. Davis is to the community. Becky grew up in town shopping the store,” Rob says. “And he went to Babson,” Michele adds.

There will be changes, of course. “You always have to evolve, you can’t just stay stagnant, you have to grow with what the wants and desires of the community are.” Rob says, noting that somebody who shopped E.A. Davis 50 years ago and came to the store today would wonder what happened to the notions department, the endless hair ribbons, the toys. “The store is not the same store that it was then, but the feel is the same. It feels like coming home.”

What’s next for Rob and Michele

Until then, the Skolnicks will be busy setting the new owners up for success with a tidy business transition. They’re having a Storewide Super Sale, and everything is 40% off, with all sales final, for men’s, women’s and kid’s apparel. That’s right, all the Lilly Pulitzer, Vineyard Vines, Barbour, Pendleton, and more will be on deep discount through June. The sale does not include custom upholstery from the design studio.

We wish the Skolnicks all the best as they move on to their next chapter. 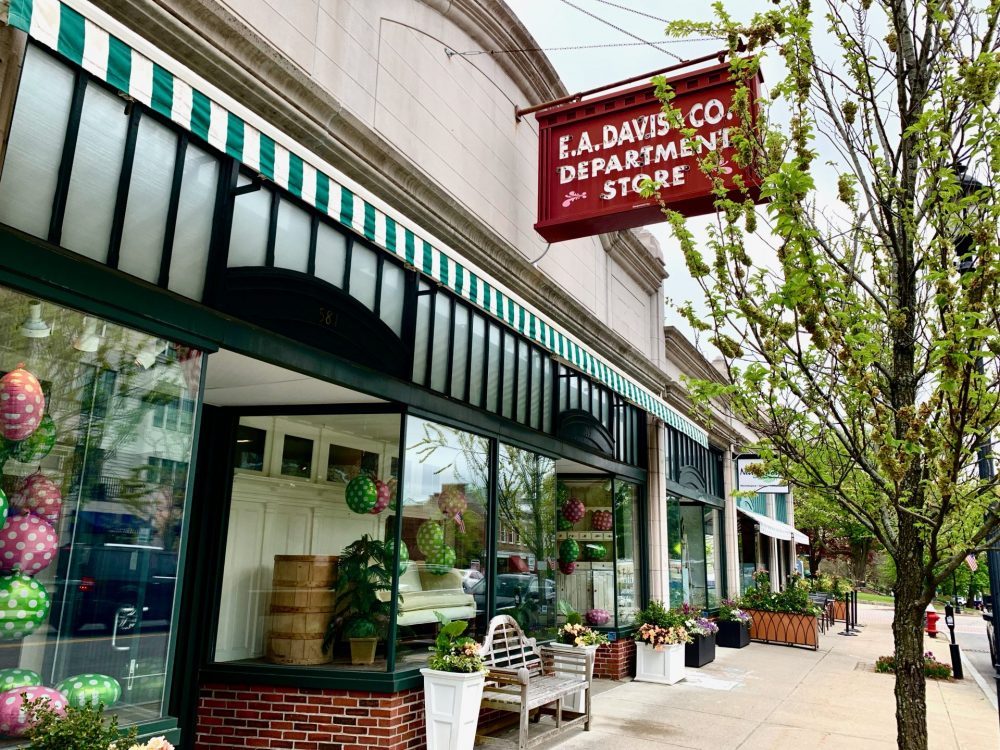