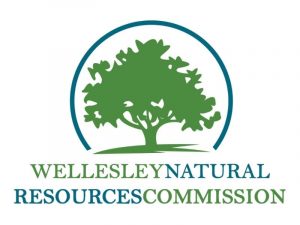 The Wellesley Natural Resources Commission, after interviewing 7 candidates at its Thursday night meeting, recommended that Michael D’Ortenzio fill a vacant slot until March, when the seat will be up for election. The Select Board will hold a joint meeting with the NRC on Monday, Nov. 7 to vote on the matter.

Update: 11/7/22: D’Ortenzio was approved at joint NRC/Select Board meeting.

(To really get into the spirit, I actually listened to the Wellesley Media recording of the NRC Nov. 3 meeting while paddling on the Charles River and running around adjacent trails.)

NRC member Allison Burson recently moved out of town, leaving a seat vacant. The 5-member Commission’s stated mission is “to provide stewardship, education and advocacy of the Town of Wellesley park, conservation, and open space system.”

While the headline here is that the NRC made its recommendation, this is a meeting worth watching the recording of if you missed it live and have an interest in the town’s recreation and open space. We were reminded of how many great resources the town has in its residents, from those whose expertise comes from regularly using the trails and parks to those with careers in municipal law, forestry, science, and architecture. Themes that surfaced during the meeting included the challenges of competing interests, short-term vs. long-term goals, and the importance of data collection to inform decisions.

Having a window into live interviews is fascinating enough, but hearing the deliberation over candidates was enlightening, too. Some argued for experience, others for candidates that could offer boots-on-the ground support, and others for specific areas of knowledge that could help with current NRC work, such as related to the town’s tree canopy. The meeting delved into topics like the future of the North 40 and what to do about water quality, issues that the NRC has had less time to focus on this year than it might like in the face of time-consuming issues such as the high school track and field lights.

The NRC narrowly voted in favor of D’Ortenzio over Peter D’Anieri, who described himself as a forester.

D’Ortenzio has been active in Wellesley town government all the way back to his high school days, when he joined Town Meeting in 2010. He has served on the School Committee, Playing Fields Task Force, and what was then called the Sustainable Energy Committee. He now practices municipal law. During his initial comments to the NRC during the meeting (candidates had earlier replied to emailed questions), D’Ortenzio said: “[W]hen we think about Wellesley in decades to come, this is me speaking personally, I view success as upzoning already developed areas and downzoning and preserving that rare forest land that we have that’s intact still today. I think the NRC can lead on that… I think it’s both the greatest challenge and its greatest opportunity.”

It was his focus during the interviews on long-term planning balanced with current needs that won over some NRC members. Commissioner Lisa Collins said: “Long-range planning is the name of the game. A reactive approach to our town resources has not been serving us and will continue to not serve us well, and is the crux of so much of the frustration that happens among our commission, among the town, in the past, in the present, and in the future.”

D’Ortenzio said he would plan to run for a full term come the March election. Two NRC seats will be up for grabs, so it will be interesting to see if any of the other candidates who volunteered for the current vacancy decide to run then, too.