We posted in early November that a movie called Knives Out, featuring an all-star cast, was being shot in South Natick. Yellow signs in Wellesley emblazoned with the words “Morning Bell” (the movie’s apparent alias) directed cast and crew to a side street off of Rte. 16.

But now we hear that that Knives Out is being shot in Wellesley itself, including today at Crown Ridge Road and Summit Road, not far from Linden Square. Now let’s not all rush over there. Act like we’ve been there before, Wellesley… (we have: Wellesley movie round-up).

A tipster also says Jamie Lee Curtis, who stars in this murder mystery alongside Daniel Craig, Don Johnson and others, was spotted last week at the Cheese Shop in Wellesley. Apparently, the Halloween star just can’t stay away from knives.

Anyone been starstruck? (theswellesleyreport@gmail.com) 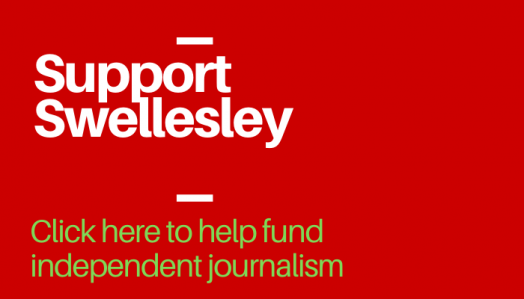