Help Fuller Brook Park stay neat and tidy at a clean-up event on Sunday, October 6, 1pm – 3pm. Friends and neighbors will work on and around the path between Dover Road and Cottage Street. Email Jay Prosnitz at jayprosnitz@me.com to sign up.

Prosnitz has been the park’s consistent warrior against the invasive species that keep trying to retake the park. His particular nemesis: bittersweet, with black swallowwort as a close second.

Prosnitz has help keeping invasive plant species at bay from Cambridge-based Parterre. According to Cricket Vlass, Landscape Planner for the Town of Wellesley, the landscaping company’s invasives management division comes in one per week to focus on removal of vegetation that threatens to take over an area. “They’ve made a big difference in management of unwanted species. We don’t have bittersweet growing up in the trees. The knotweed is under control, but still must be kept covered with black tarp to keep it from taking over spots.” 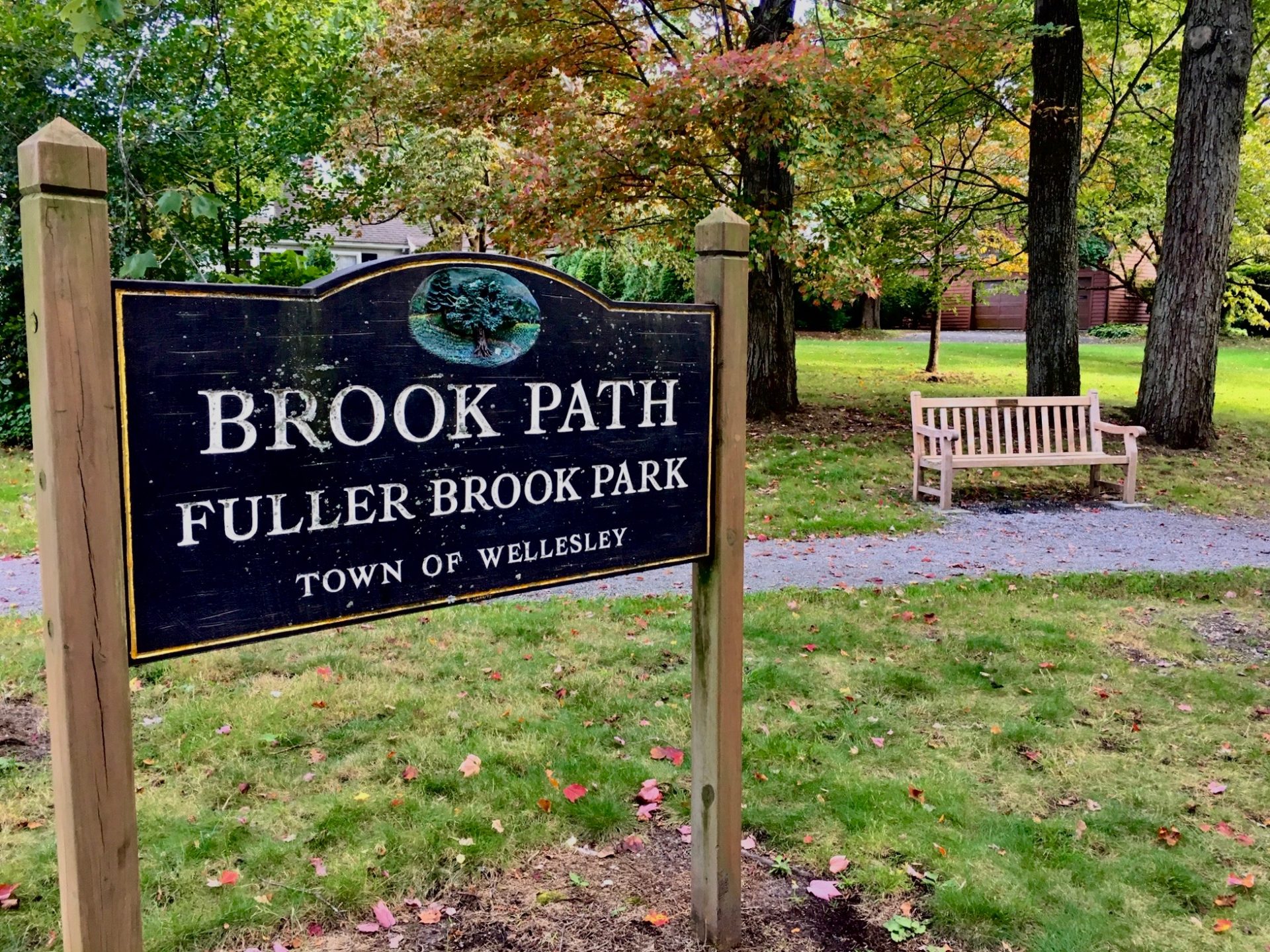