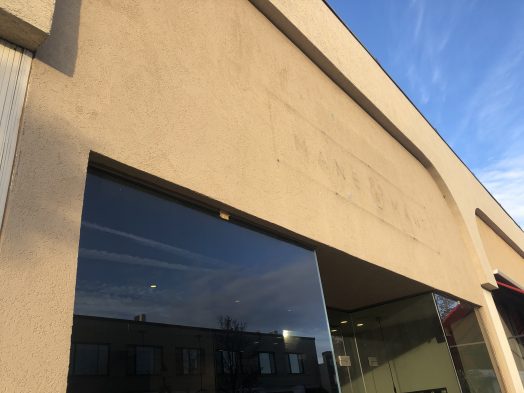 Mane & Mani, part of the great Wellesley Salon Rush of 2016, has removed its sign at 67 Central St., and no longer lists the site on its company website. Our inquiry about this to Mane & Mani was not answered.

Word on the street is that Dellaria, located down the street, has taken over the space, and that you can contact Dellaria to arrange blowout appointments from the remaining Mane & Mani staff. No word back from Dellaria on plans for it to vacate its space, though there’s some scuttlebutt about a coffee shop moving into its space.  Let us know what you know at theswellesleyreport@gmail.com

Other Mane & Mani shops carry on in Burlington, Lynnfield, and Peabody.

All existing Wellesley food establishments other than California Pizza Kitchen have renewed their Common Victualler and Alcohol Licenses. Tatte Bakery & Cafe plans to move into that Linden Square space.

The only other existing license not being renewed is from B.Good, which departed Wellesley, paving the way next year for a new southwestern-themed restaurant called Lockheart, next to the Wellesley Square fire station.

Fiorella’s getting love from Phantom Gourmet

Fiorella’s in Wellesley will be featured on Phantom Gourmet’s Facebook Live on Tuesday, Dec. 21 at 11am. As part of the conversation, Fiorella’s owner Remon Karian will discuss the restaurant’s secret envelope promotion, which runs through Dec. 31 while supplies last. All diners receive a sealed surprise to be opened in front of their server during a return visit Jan. 1 – March 17, 2022 (Sunday- Thursday). Every envelope contains a prize.

“I am proud to join the Boston Arts Academy Foundation board,” said Baxter, in a statement. “BAA accepts students solely based on their artistic passion and talent. With the Foundation’s support, the school helps to close opportunity gaps for its diverse student body…”