It’s pretty obvious from their names what Wellesley bodies like the School Committee and Wetlands Protection Committee handle, but you might find the Advisory Committee‘s role to be less clear.

Leading into Special Town Meeting on Monday, Oct. 24, which along with Annual Town Meeting in the spring is prime time for Advisory, we figured it might be helpful to take a closer look at what this appointed committee is all about since as Advisory votes, so usually goes Town Meeting. In the short-term, you can read Advisory’s report on this week’s Special Town Meeting, which includes its recommendations regarding funding of the Town Hall interior renovation and other motions on articles in the meeting’s warrant. (A physical letter from Advisory about this was sent to all residents recently…How many read it and how many chucked it with out opening it? Who knows.). 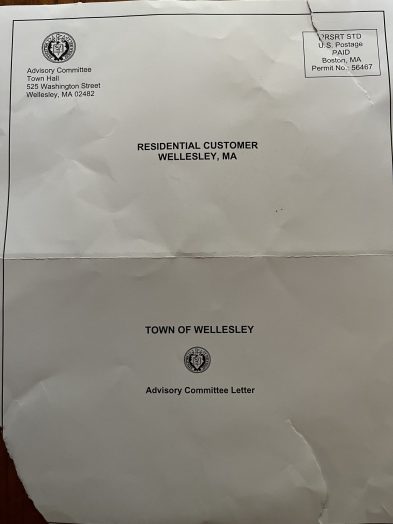 The town’s website describes Advisory of consisting of “fifteen residents, appointed by the Moderator. The term of appointment is three years, and roughly one-third of the membership turns over each year. Membership on the committee reflects a cross section of the Town’s residents.

“The Advisory Committee has broad review powers and reporting requirements, which are set out in Article 11 of the Town Bylaws. The Committee functions as the finance committee for the Town, reviewing all requests for annual operating and capital appropriations. It makes recommendations to Town Meeting on all Warrant Articles presented to Town Meeting. These recommendations and background information on each Warrant Article are contained in the Advisory Committees’s Report to Town Meeting, a copy of which is mailed to each Town Meeting Member. Additionally, a letter with an overview of the budget and other significant matters coming before Town Meeting is mailed to each household.”

But who are these 15 residents appointed by the Moderator? Their names are listed on the town’s Advisory Committee page, but you don’t really get to know them unless you watch the meetings on Wellesley Media (more than 30 meetings are available from 2022 alone) or happen to know them in real life. New members get a bootcamp of sorts, a handbook, plus mentors within the Committee, as explained during this orientation meeting from August.

Backing up a bit, we wanted to learn how these new members are chosen, so we reached out to Town Moderator Mark Kaplan. For starters, he pointed us to Section 16 of Chapter 39 of the Massachusetts General Laws, which describes the establishment of advisory or finance committees, which can focus on strictly budgetary and fiscal matters (in this case, they’re usually known as finance committees) or all articles of the Town Meeting warrant, as is the case with Wellesley’s Advisory Committee.

Kaplan says candidates for appointment typically show up on his radar in 1 of 3 ways:

1. Recommendations by current or former elected officials, appointed committee members or others who either are or have been active in town
government that are sometimes solicited by me and sometimes spontaneously referred to me for consideration.

3. Residents who submit volunteer applications to the Executive Director’s office which are then referred to me for consideration if there is anything in
their application forms which indicates either an interest in or possible qualifications for the Advisory Committee.

At least 5 positions open on Advisory each year, though usually it is a couple more than that, as members move away or can no longer take part for another reason. Candidates are invited to send Kaplan a resume and then interview with him.

“I try to fill all such openings from among those that I have interviewed in such a way as to insure that as many different constituencies and interests in town as possible are represented on Advisory,” Kaplan says. “Among the factors that I consider in making my selections are: (1) the precinct
that candidates live in; (2) their age ; (3) their gender; (4) whether or not they are currently employed or retired; (5) their general background and life experiences; (6) whether or not they have or have had children in the Wellesley Public Schools; (7) the type of occupation or profession in which they have worked; (8) how they have self-identified to me as being fiscally, politically, socially and culturally liberal, moderate or conservative; (9) any skills, interests or experiences that they have that might be of particular value to Advisory; and (10) whether they seem ready, willing and able to commit to the time and effort that being a member of Advisory requires.”

“[S]erving on Advisory requires a significant time commitment. This includes members: Serving as liaisons to various Town boards, committees and departments and covering their meetings and providing updates on relevant matters to fellow Advisory members; and proactively listening to proponents’ legislative proposals for Special and Annual Town Meetings then evaluating, discussing and voting on the proposals and providing a Report to Town Meeting Members that covers the background on the matters and Advisory’s considerations and vote.” 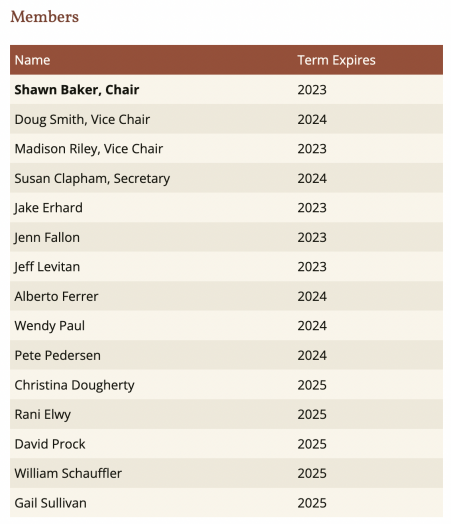 Given that time commitment and those responsibilities, we wanted to know why new members would subject themselves to this.

Newcomer David Prock, who has wide-ranging interests and a work background in product management and business, says he joined Advisory because he wanted to make a difference—and because “everything flows through Advisory.”

“When I was asked to do this, I thought this is a big time commitment, but if I don’t do this I have no right to complain about things,” he said. “I’m being given an opportunity to be involved in all the things I’ve ever complained about.”

As seen during the Sept. 7 Advisory Committee meeting that covered Article 2 on the Town Hall interior renovation project, Prock asked numerous probing and clarifying questions of presenters, all part of an in-depth discussion on the project, from its historical  trajectory to its contingency costs.

Among Prock’s interests are helping the town provide the public with more clarity into its financial operations, and encouraging more residents to participate in citizen speak at meetings where matters they care about are being discussed.

“When people speak out, other people really do listen,” he said. “This can stop votes, as more information is gathered.”

New Advisory member Rani Elwy, a professor of psychiatry and public health, made her foray into town government last fall when she became a Town Meeting member after a spot opened in her precinct. “At first, I declined, saying I didn’t have enough time to do this. But then my Boston University colleague David Jones died September 11, 2021. In my grief, I wondered what I could do to honor David’s memory. David, a political scientist, health policy scholar, and public health professor, believed strongly that those who work in public health have a duty to serve in public life. He said this to me, and many others, many times, and after his death, these were the words I heard…”

Elwy, who is skilled at interpreting data and researching issues, did her homework for Special Town Meeting last fall, and came prepared to ask questions. The longtime Wellesley resident was re-elected in March, and following Annual Town Meeting was contacted by Moderator Kaplan to explore her interest in joining Advisory. After speaking with several former Advisory members and interviewing with Kaplan, Elwy was asked to join and she committed to a 3-year term. Kaplan stressed to her the importance of being willing to speak up and ask questions.

The time commitment is no joke and the learning curve is huge, between reading information, writing reports, and attending meetings (Elwy is one of two Advisory liaisons to the School Committee). “I am continuously amazed by the dedication of town employees, who do their job all day, and then come to our evening meetings to describe their efforts and answer our questions. They make our town a truly wonderful place to live, to raise our families, to thrive no matter what age we are. If I can do just a little bit of extra work to help our town continue to flourish, then I am honored to do so.”

Elwy points to Advisory as the place to learn about Wellesley: “If you want to know what is happening in town, watch an Advisory Committee meeting.”