Commonwealth Shakespeare Company is pleased to present its 22nd production of Free Shakespeare on the Common: William Shakespeare’s immortal drama Romeo & Juliet, directed by the brilliant up-and-coming director Allegra Libonati. Performances are free of charge, and will take place on the Boston Common, near the Parkman Bandstand.

One of Greater Boston’s most beloved traditions, Commonwealth Shakespeare Company’s Free Shakespeare On the Common takes up residence once again with Shakespeare’s drama of doomed teenage love, Romeo & Juliet. The Capulet and Montague families have been engaged in a multi-generational feud, causing much distress and havoc in the city of Verona; but when young Romeo, son of the Montagues’, meets Juliet, the daughter of the Capulets’, their immediate love blossoms and accepts no barriers, with tragic results.

Performance dates: July 19 – August 6. Tuesday – Saturday performances at 8pm; Sundays at 7pm (Off Mondays). There will be one 3pm matinee performance on Saturday, August 5.

Performances are free and open to the public. A limited number of “Friends’ Section” reserved chairs are available for $60-75 donation per chair. For more information and to reserve chairs visit commshakes.org or call 617-426-0863.

The Commonwealth Shakespeare Company staff is equipped to assist patrons of all abilities. A limited number of tall chairs, accessible seating areas, assisted-listening devices, and Braille & large print programs are available at each performance. Dates for ASL-Interpreted, Audio-Described, and Open-Captioned performances will be announced closer in July. Anyone needing special accommodations is encouraged to contact CSC in advance. These requests should be emailed to Audience Services Manager Stephen Reinstein at sreinstein@commshakes.org or call CSC’s main line during regular business hours at 617-426-0863. 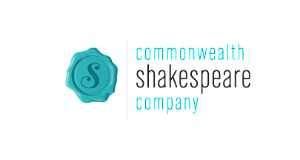