New version of E.A. Davis about to open

E.A. Davis, the longtime Wellesley retailer that changed hands earlier this year, is set debut in its new incarnation this weekend under the ownership of Mahi Gold Outfitters.

Brian and Becky Voelkel, whose Mahi Gold had been a popular seller on the floor of E.A. Davis, now own the Washington Street business that’s been undergoing a big time renovation.

We’ll be curious to see what semblances of E.A. Davis remain, and whether the redesign will attract any movie shoots, as the earlier version did.

Faherty to nestle in next to Lululemon

Retailer Faherty has now confirmed what we reported in May, that they’re coming to Wellesley Square at 50 Central St., formerly home to Talbots, and adjacent to where Lululemon is opening. We’d reached out to Faherty in the spring but got only a robo-reply from the family brand.

Faherty offers men’s, women’s, and kids clothing, and plays up its attention to sustainability. A quick sampling of items found lots of stuff for $98, including men’s polo shirts and shirts, but also a fair number of discounts and coupons to bring prices down.

The business has a couple of standalone stores in Boston, plus sells its products through many other retailers. 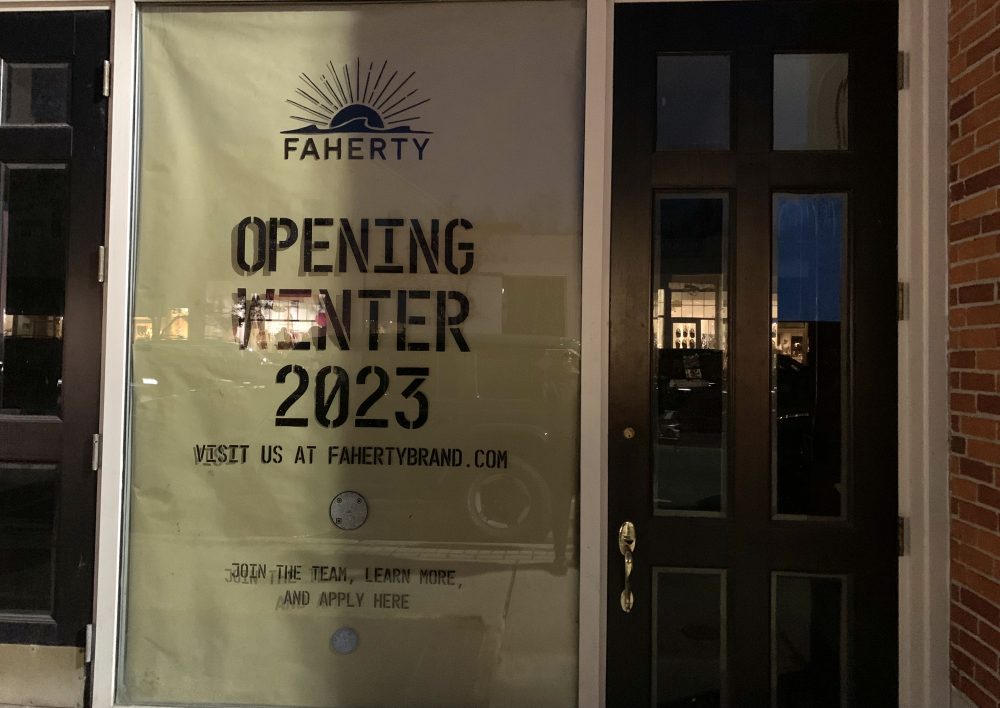 Axiom Learning, a tutoring and test prep outfit formerly located at 254 Washington St., has headed east to 31 Washington St. Also in that building is PNPS Nursing & Homecare, which is readying new signage to promote its home health aide training center