Wellesley Fire Chief Rick DeLorie’s recently announced retirement after 14 years in charge set off a series of discussions among the town’s Select Board about hiring and supporting DeLorie’s successor.

The discussions began with selection of a consulting firm to handle the executive recruitment for the position, and the town chose to go with Municipal Resources after Wellesley Executive Director Meghan Jop interviewed 3 consulting firms. Brian Duggan from the firm described an extensive process that includes an assessment center component that simulates the job of a fire chief and includes role-playing exercises based on scenarios “ripped from the headlines” (See Wellesley Media recording of Nov. 7 Select Board meeting about 1 hour, 47 minutes in).

Duggan addressed questions from Board members Ann-Mara Lanza and Beth Sullivan Woods about the Board’s role in the process. Duggan said it will depend on the candidate pool, but could involve Board input at the start to help inform the assessment center design; may involve observation at the assessment center; and then could include interviews with the final 3 prospects in a more public setting.

Later in that Nov. 7 meeting, the Board discussed a proposed policy to delegate to Jop the authority to appoint, evaluate, discipline, remove, and provide day-to-day administration over the chief. Appointment and removal would require Board ratification. This issue was originally part of the discussion over the executive director’s contract, but was broken out separately.

“The purpose of this policy is really to set up our incoming fire chief for success…” said Board Chair Lise Olney. “I certainly feel strongly that the executive director is best equipped to help him or her navigate in that new role. We don’t work day-to-day with the chief, and the new chief is going to need direct and immediate access to that supervisor as they settle into the job.”

What’s more, having Jop evaluate the chief’s performance would take that process out of the public meeting format at a time when the new chief is coming up to speed, said Olney, who added that the policy could always be changed back down the road. Under the proposed changes, Jop said the fire chief would be worked into the regular biweekly meeting rotation she already has with department heads from facilities and other groups in town.

Town Counsel Tom Harrington said “It’s clear to me that the board is well within its rights to delegate what authority it has over the fire department to the executive director if it so chooses… It’s not unusual in other towns for the fire chief to report to whatever they call their executive director.” One justification for this is having the fire chief report to a member of the “daytime government” staff working at town hall vs. the “nighttime government” that includes the elected volunteers on the Select Board, he said.

The policy initially under discussion expanded upon Article 19.7 of the town bylaw, which includes a list of those positions—including fire chief—that the Select Board shall appoint.

Lanza questioned the notion of the Board delegating the authority to appoint a chief to the executive director. “I think it is expected by the community that we take this responsibility,” she said, acknowledging that she was open to the idea of day-to-day oversight being more appropriate for the director.

Sullivan Woods questioned what the town would be “trying to fix” through the proposed policy, citing the current “collaborative system” that she says works well. She also wondered if this could eventually lead to the Board delegating authority to hire and supervise the police chief to the executive director. Olney said the impetus for the policy being discussed was the fire chief’s retirement.

Board member Tom Ulfelder said “I don’t quite understand the consternation over the appointment or termination issue…I really don’t think there’s a great deal of difference between how we’ve been operating and how we would be operating other than recognizing the value of having the executive director as the person most familiar with the day-to-day operations of the department raising issues of concern or identifying the best candidates for our consideration…” At a later meeting Ulfelder said the current evaluation process itself, which he described as “the most cumbersome, ineffective process that I have seen in town government,” supports a change.

The discussion included familiar arguments from Wellesley’s 2016 debate over whether to hire a town manager.

When the fire chief discussion was picked up again at the Nov. 22 Select Board meeting (about 2 hours, 39 minutes into the Wellesley Media recording), the proposed policy had changed and was now expanding on Article 22 (devoted to the fire department) of the town bylaw.

Olney said she had removed language related to the appointment of the fire chief given the earlier Board member concerns, and this version focused more on delegating the supervisory authority. She stressed later that delegation of authority related to the fire chief does not relieve the Board of its responsibility over the Fire Department.

Still, Sullivan Woods said, “for me it feels that we are disengaging.”

In addressing the question of why the town would consider such a new policy, Board member Colette Aufranc said she was struck during the recent introduction to the fire chief search consultant just how technical the fire department is. This, she said, illustrated “how critical it is that somebody in that department has access really on a daily basis with their supervisor and we’re [the Board] not there to do that…” The municipal professional staff has skills that the Board doesn’t, she said, despite what she’s learned about the fire department during her tenure on the Board.

The joys of group editing a document live and in public were on full display as the meeting went on. So were the intricacies of town rules as laid out in policies vs. bylaws.

In the end, not without more efforts to rework the policy’s wording, the Board voted 3-2 in favor of the policy.

The Wellesley High grad has been a firefighter for some 30 years, and has served as chief of the Wellesley Fire Department for about 14. DeLorie thanked his family, which has a rich history in firefighting. DeLorie followed his brother into the Wellesley department, and his wife’s father was a fire chief.

“It’s been 30 years for me and it’s rewarding on so many levels, most of all the opportunity to be a firefighter in my hometown,” said DeLorie, who remarked on working with so many good people locally and in other communities, both in firefighting and related fields, such as health and police.

The chief thanked the Select Board for allowing him to continue his training while on the job, and that training has introduced him to new opportunities, including with the Special Olympics, where earlier this year he served as a public safety deputy chief of operations for the summer games. DeLorie said that opportunity has opened doors for him to do more work in that area going forward.

DeLorie says his favorite experience locally has been working on the annual Thanksgiving dinner for seniors, but also cited the summer youth academy, 9/11 memorial events, and the Boston Marathon as rewarding experiences. The Wellesley Spelling Bee… well, that’s a sore subject. “I am a Wellesley High School graduate, I am looking for a rebate… We’re just looking not to be the first ones to go out,” he said.

Select Board members shared their appreciation for DeLorie’s work, and recognized there will be a more formal opportunity to do so closer to his actual retirement date.

Select Board Chair Lise Olney described DeLorie’s impending departure as “a pretty momentous change for our community.” She said: “I know those years have required a lot of sacrifice from you and your family. You’ve answered the light night phone calls and missed family dinners, and just stepped into I’m sure countless emergencies at a moment’s notice.” What’s more, Olney cited DeLorie’s heart through his leadership and participation in events like those with seniors and other members of the community.

Among the good hands DeLorie will be leaving the fire department in are those of Steve Indresano, a 20-year veteran of the team, and Donald Toli, a 24-year veteran, to the rank of lieutenant.

Wellesley also announced the hiring of firefighters Angelo Madden (a Wellesley High grad) and Corey Ronan. A couple more hiring announcements are planned for later in the month. 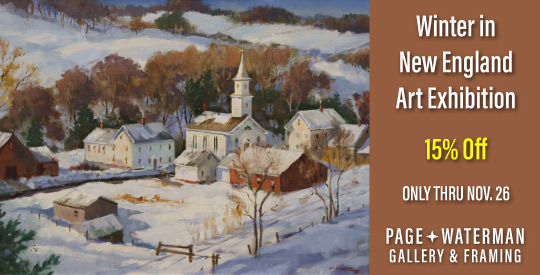 The Windsor/Inverness/Lincoln neighborhood has an annual Halloween party, ending with a parade around the triangle. This year the Wellesley Fire Department kindly came, which was a huge hit. They led the parade…

(Photos shared by a Swellesley supporter.) 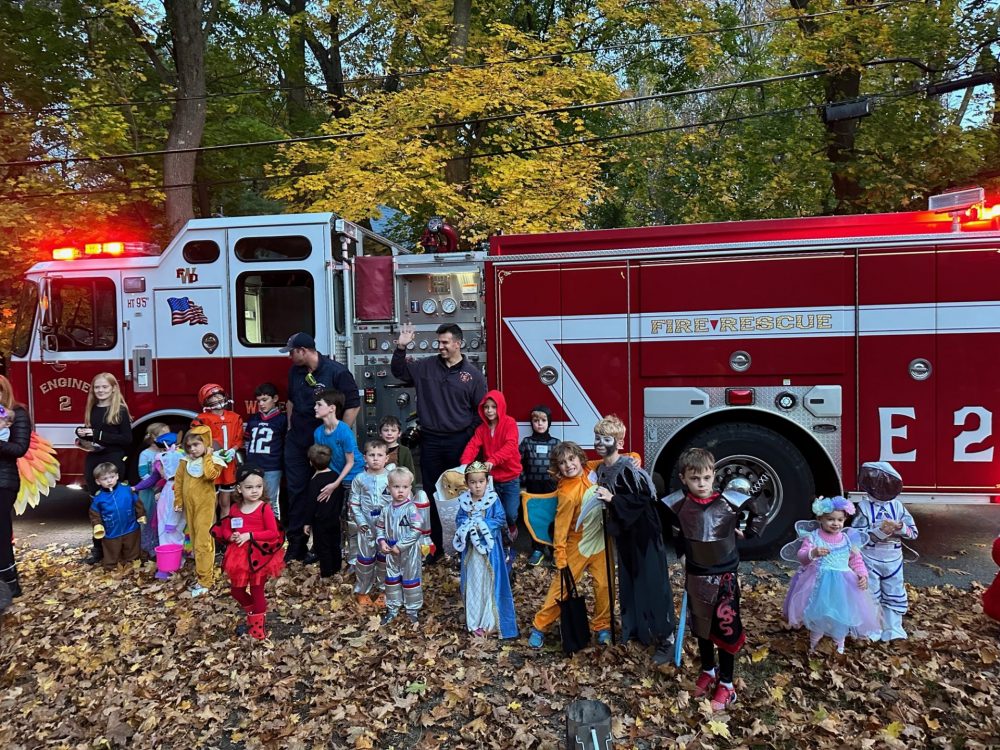 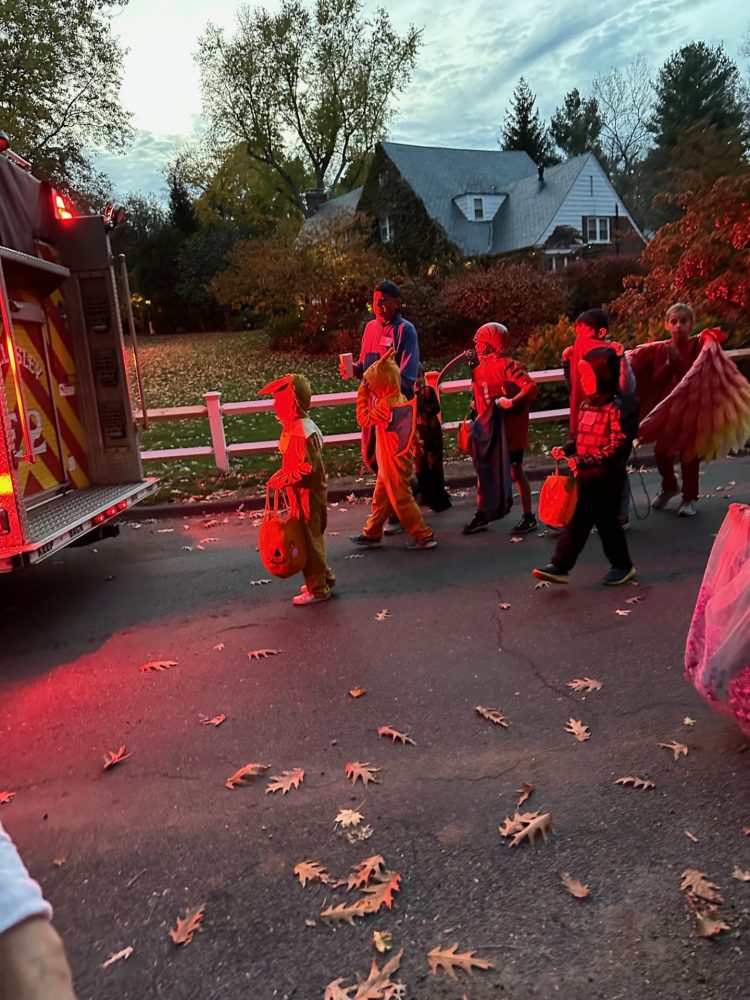 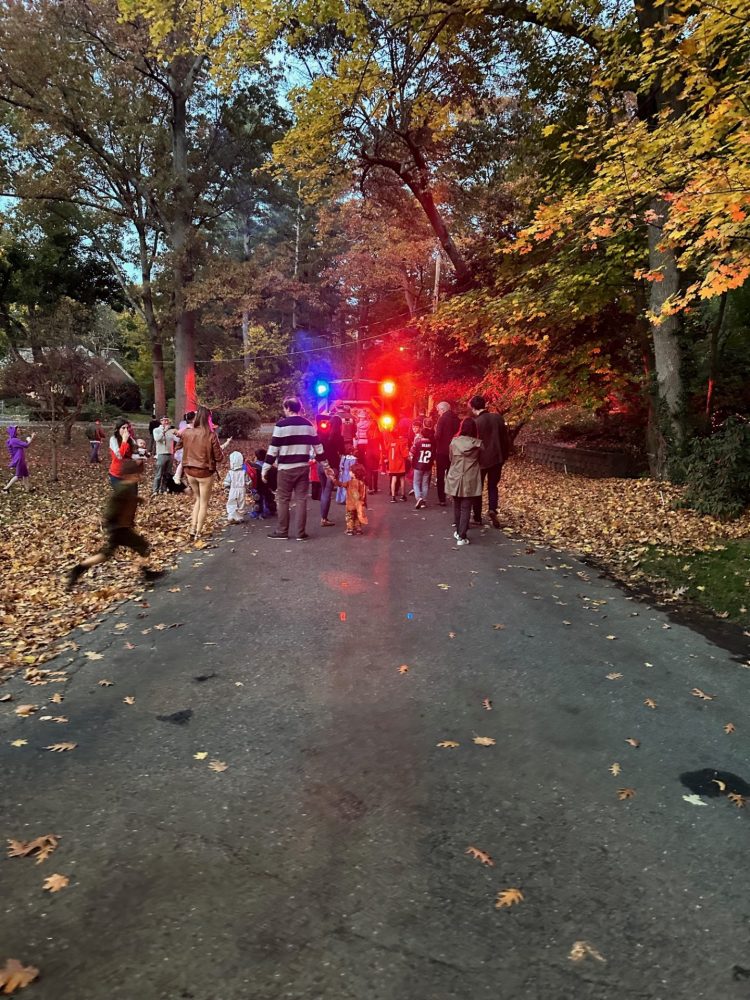 Learn about Wellesley’s 9/11 memorial tree and 9/11 monument and flag. 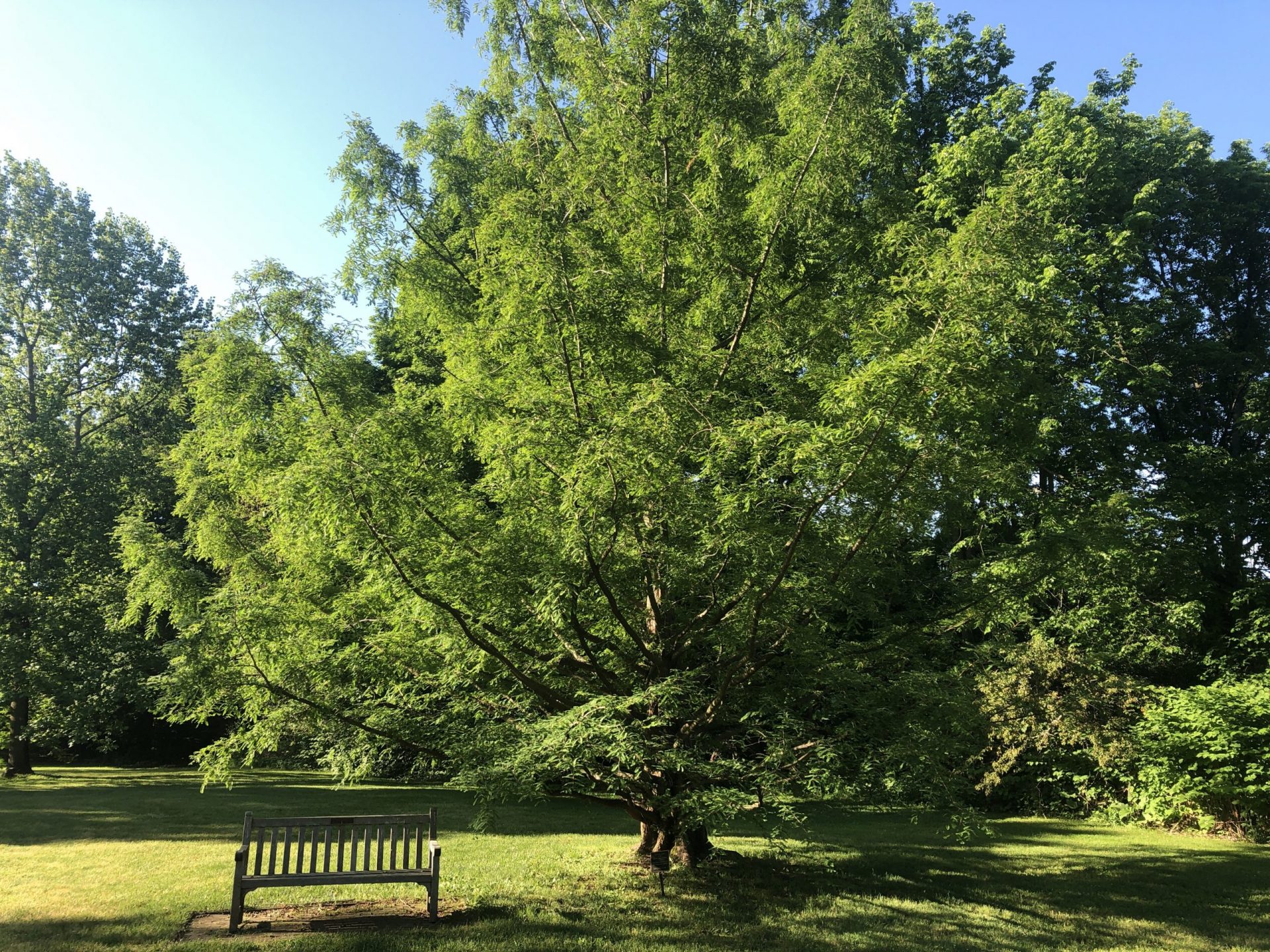 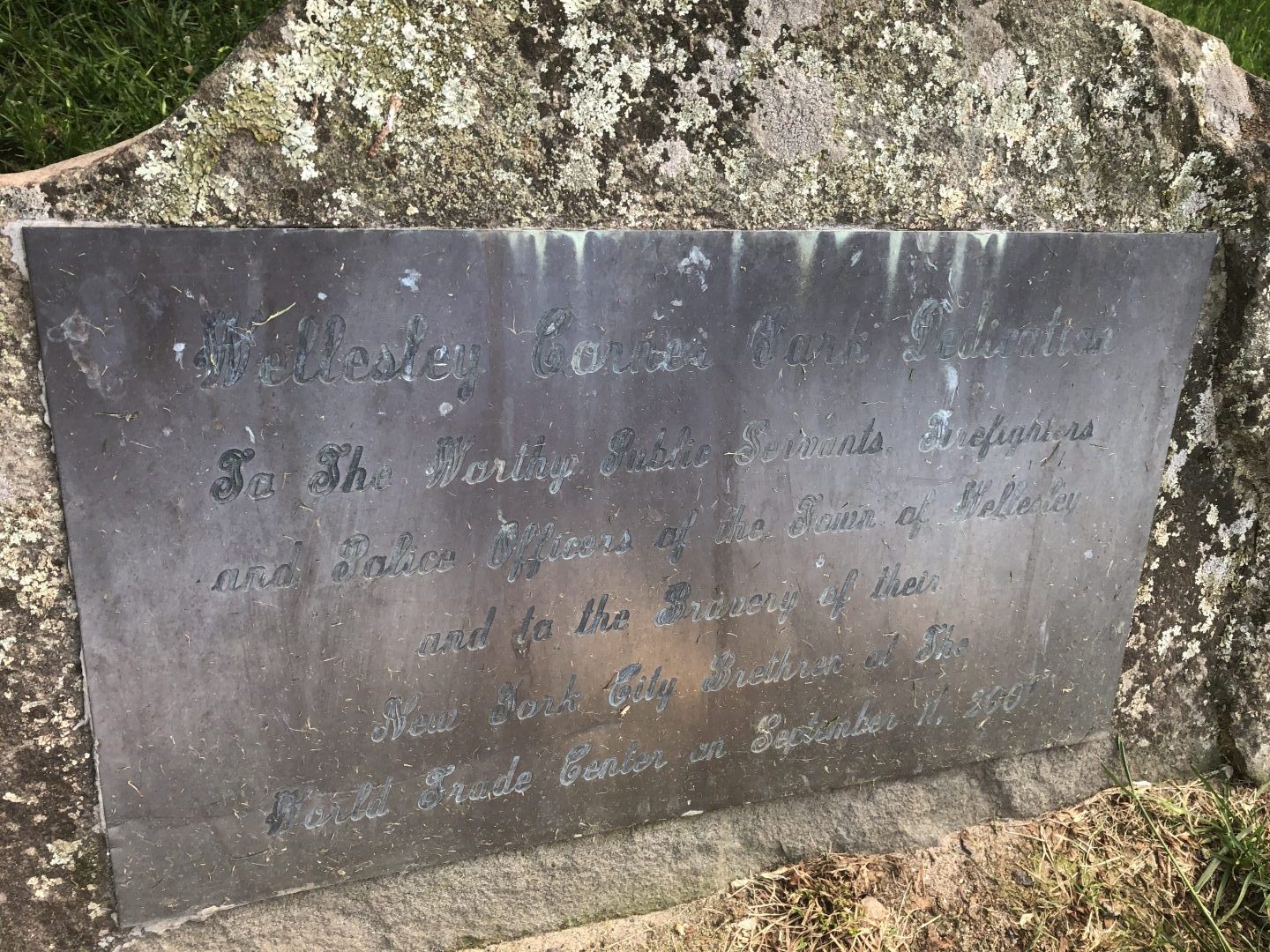 The Wellesley Fire Department and Wellesley Police Department responded to a truck fire at Washington Street and Upland Road on Friday mid-afternoon, and were able to clear the area in less 90 minutes. There were no reports of injuries.

Fire Chief Rick DeLorie lauded Deputy Donahue and Group C for “a great job knocking down the fire” at both the truck and surrounding trees. 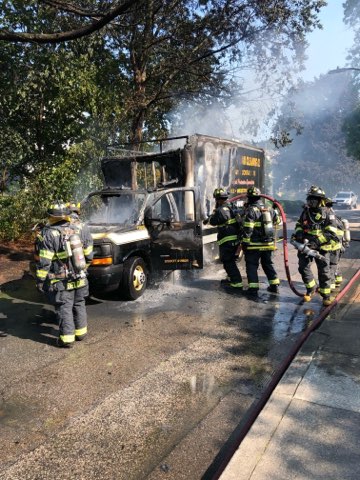 WPD and WFD are in Upland Road with a truck fire. pic.twitter.com/ADcus7HzC0 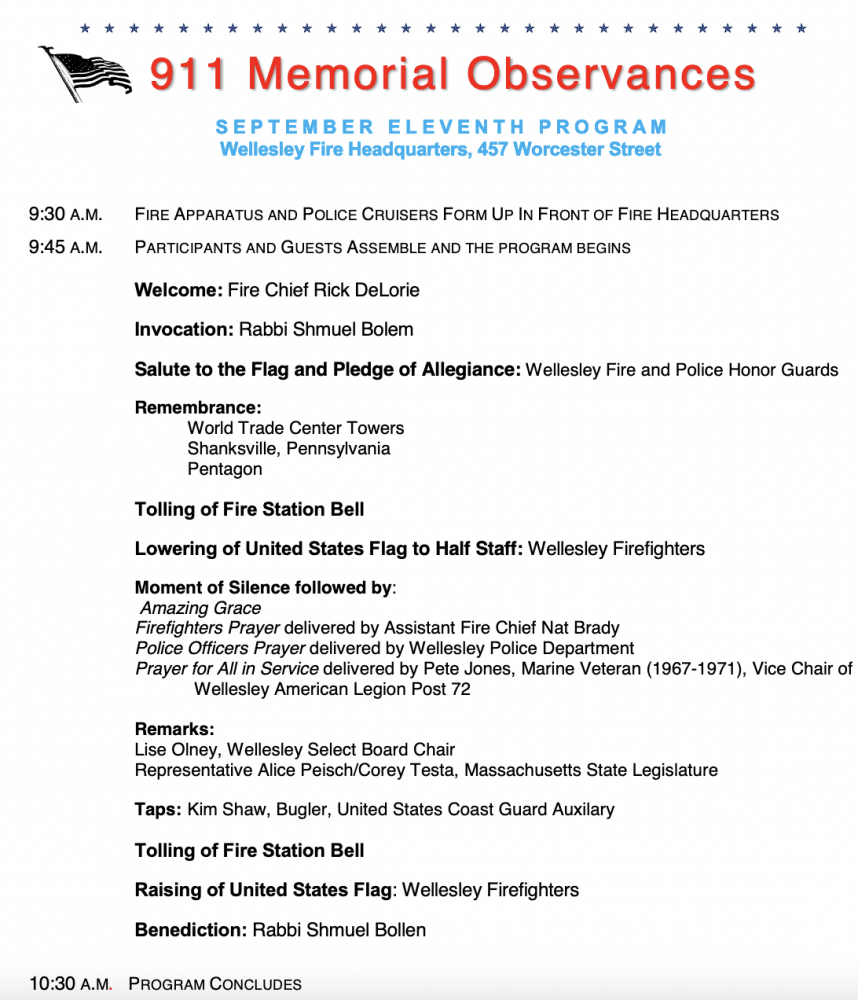 The Wellesley Police Department received a 911 call at 5:22 a.m. on Tuesday, Sept. 6, for a single car crash on Worcester Street at School Street.  The vehicle left the roadway and rolled over.  The operator of the vehicle, a 2s- year-old Needham resident, was entrapped in the vehicle and extricated by the Wellesley Fire Department.  He was evaluated by paramedics on scene and transported to the hospital.  He did not appear to have any significant injuries.  The cause of the crash is under investigation.

WPD and Fire are working a one car rollover on Route 9 eastbound after School St. The vehicle was into the woods and the driver was entrapped. The driver is now being evaluated by EMS. One lane eastbound is blocked. pic.twitter.com/HYlEBNRozr